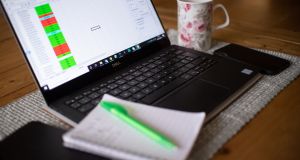 Low paid workers and those in the “gig” economy who are affected by the corona virus will be particularly hit hard by the “anaemic” system of social protection in Ireland, a leading trade unionist has said.

Speaking at a conference in Dublin, Siptu researcher Michael Taft said Ireland did not have a pay-related system of benefits for those who became ill but rather a flat-rate payment of just over €200.

“Our system is based on poverty amelioration rather than actual social protection”, he said.

Mr Taft said workers in companies that did not have a sick plan, who contracted the coronavirus or who had to self isolate would have to rely on the State’s illness benefit system.

“First you have to wait six days. You have to go for a week with no pay if you don’t have an employer sick pay scheme. For a lot of workers that is not an option. “

“Secondly the level at which illness benefit is paid is about €200 per week. If you compare that to the level of illness benefit in many continential countries which can be 100 per cent of pay for the first two weeks, then taken over by the State at 70-80per cent .”

Mr Taft said “because someone has gone sick doesn’t mean that they have to suffer a fall in living standard, that is the whole point of a social wage, it protects your income in cases where you are out of work like being ill or on maternity benefit or you’ve been injured at work .”

He said in many sectors such as retail and hospitality, the lower paid will not be paid by employers and will find they are not getting paid for a substantial period and when they are it is below their needds. “So they will suffer financial hardship on top of suffering physical hardship.”

Mr Taft said that for those working in the “gig “ economy the problems experienced by ordinary permanent employees would be multiplied by 10 or 20 times.

Some workers affected by the coronavirus will not be able to afford to self isolate by staying away from work, the trade union movement has told the Taoiseach.

In a letter on Wednesday evening, the general secretary of the Irish Congress of Trade Unions Patricia King urged the Government to uphold the net incomes of workers hit by the outbreak either through the social welfare system or the provision of special temporary payments.

She said workers in areas where social dialogue or collective bargaining was in place stood to receive full pay under their employment agreements or contracts if they became ill.

“This is not the case, however, for hundreds of thousands of other workers, including those who may not be entitled to sick pay, those in low paying sectors or precarious employment situations, who are highly dependent on income from work.”

“Put bluntly, some workers, through no fault of their own, may simply be unable to self isolate,” she said.

“Considering the imperative to ensure that virus containment efforts succeed, it is essential that workers do not experience income interruptions arising from Covid 19. We believe it is of utmost importance, therefore, to uphold the net incomes of all affected workers either through the social welfare system or through temporary payments.”

Meanwhile employers have played down the prospect of a statutory code of practice to govern the payment of workers affected by the coronavirus, as proposed by the trade union movement.

In a letter to the Irish Congress of Trade Unions (ICTU) on Wednesday the employers’ group Ibec said “ the very unpredictability of an event such as coronavirus makes it highly unlikely that a static Code of Practice could be sufficiently responsive and flexible to adequately protect both employers and employees ”.

Ibec chief Danny McCoy said: “All available options including remote working, flexible working, parental and carers leave, as well as other forms of leave should be reviewed.

“Where an employee contracts the virus, we agree that the normal conditions for sick leave will apply.

“It is not, however, possible to give a uniform response to the issue of self-isolation.

Separately the union representing financial services staff has urged banks to continue to pay staff if they are affected by the coronavirus and to provide special leave if they are required to care for children due to school closures.

The general secretary of the Financial Services Union John O’Connell said banks had a responsibility to ensure the safety of all staff and that staff did not suffer any loss of pay.

“Should staff miss work, having followed medical advice and guidance, they should not suffer any loss of earnings. Those absences should not be counted as part of absence management policies.”

“”We are also calling for flexibility and common sense when it comes to childcare responsibilities especially if we see further school closures .”