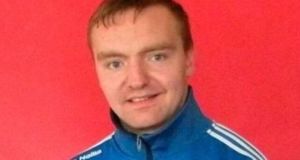 Philip Leahy died after getting into difficulties while swimming at Ocean Beach in Maryland, in the US.

A young Cork student who lost his life during a swimming accident while on a student J1 visa in the United States was always interested in people and engaged with them irrespective of their age or background, his brother recalled during a moving tribute at his funeral mass.

Patrick Leahy said that his younger brother Philip (22), who lost his life after getting into difficulties while swimming at Ocean Beach in Maryland on August 2nd, was a real people person but was also fiercely determined in achieving whatever goal he set for himself.

“Philip always had a smile on his face – even if you knew him a day, a week, a month, or a year, you got Philip’s full attention . . . he made an astounding impact on everyone he met,” said Mr Leahy as he recalled their bond as a family following his birth in 1994 as the youngest of three brothers.

“A bond was made immediately with all of us and that will never be broken. We were more than just brothers, we were friends. There was never an issue that arose that couldn’t be sorted between us – the family always triumphed over adversity.”

Mr Leahy’s other brother, William, paid tribute to everyone who had assisted their mother, Ann, and themselves after Philip’s tragic accident and he paid tribute in particular to staff at Atlantic General Hospital who cared for Philip and their kindness to the family.

He also paid tribute to the people of Ballyhooly for the support they had given the family from looking after the family farm while they were in the US at Philip’s bedside to the prayer vigils they organised while he was ill.

Earlier Fr Patrick Scanlan told mourners that the entire community shared the shock and grief of the Leahy family when Philip, a student at Cork Institute of Technology (CIT), who was in the US for the summer on a J1 visa, passed away on August 6th.

Fr Scanlan recalled how the Leahy family’s world was turned upside down as they learned of the tragedy and prepared to travel to the US to be at the bedside of their son and brother who was due to graduate in October with an honours degree in business at CIT.

“We can only imagine what that was like for you – Ann, William and Patrick and Aunt Mary. And so you have experienced a plethora of feelings, some of which you may have never felt before, or never felt so intensely: profound shock, numbness, utter disbelief, anger, emptiness and loss.

“The extended family, relatives and friends here at home, and our local community, shared your pain, and the utter helplessness of wanting to support you, and yet separated by the Atlantic ocean. We felt numb and at a loss as to why this should happen to Philip and to such a good family.”

The Leahy family are well known locally and Philip’s late father, Philly, was preparing to run for Fine Gael in the 2015 local elections when he took ill and died suddenly while Philip himself was captain of the Ballyhooly football team that won the Cork County Junior B football championship in 2016.

Fr Scanlan recalled how the news of the tragedy in Maryland was greeted with an outpouring of compassion and empathy in Ballyhooly and surrounding areas as people rallied around to attend prayer vigils to show their support for the family as they struggled to cope with the tragedy.

“These were beautiful, spontaneous gestures that speak volumes for both the kind of community we have here in Ballyhooly, and the esteem in which you, Ann and your family are held,” Fr Scanlan told mourners in a packed Church of the Nativity of Our Lady in Ballyhooly.

“And all of us too as a community grieve with you and want to stand beside you, today and for as long as it takes, as you grieve the loss of a son, a brother, a nephew, a cousin, a friend,” he said, noting how everyone touched by Philip’s life would have their own special memories of him.

“You recall and cherish so many memories of Philip, since he was a baby, to the day close to a year ago when he captained the Ballyhooly Junior Football team to its first ever County Final victory. And of course you have so many other beautiful personal memories.

“All of us recall a young man full of enthusiasm, who loved life and loved people, was outgoing, friendly and witty, and who was equally comfortable in the company of old people, children, or those of his own age group.

“And you, his family – you grieve not only for what you have lost, but also for all that could have been – the hopes and the dreams, for his future in sport, in the career he might have chosen, the husband and father he might have become.”