Cork Airport hopeful new US service will go ahead 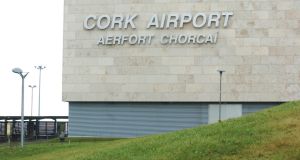 Cork Airport managing director Niall McCarthy said they had been in contact with Norwegian Air this week.

Management at Cork Airport remains hopeful that the US authorities will grant a licence for low-cost carrier Norwegian Air to operate a new service between Cork and the US before the new Trump administration assumes power.

Airport managing director Niall McCarthy said they had been in contact with Norwegian Air this week in the wake of Trump’s election and it remained committed to Cork-Boston and Cork-New York services despite the delay by the US authorities in issuing a licence.

Norwegian Air International decided to apply in 2014 for a foreign carrier permit for a transatlantic service and last April the US Department of Transportation issued an order proposing to grant the permit with a final decision on the matter expected in June.

But a decision has been delayed.

Democratic nomination contender Bernie Sanders came out strongly against granting the permit and he was followed by Hillary Clinton.

Although Mr Trump did not specifically mention Norwegian, he did campaign on protectionist policies.

While the president-elect has yet to express any view on the proposed Norwegian Air service from the US to Ireland, aviation analysts such as CAPA have warned that Mr Trump – who once ran his own airline – may adopt a hardline approach to the open skies treaty.

“Following a lengthy softening up process by the US over the past year, seemingly against any foreign airline that might threaten the status quo, a Trump administration may well revive that populist course,” said CAPA in an analysis paper.

Meanwhile, HSBC Global Research, in a briefing paper, predicts considerable uncertainty over the economic trade policies that the new Trump administration will pursue but warns that there may a modest weakening of demand on transatlantic routes.