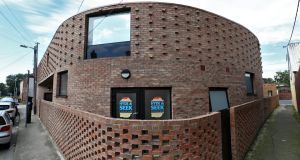 The creches, which were featured in an RTÉ Investigates programme in recent months, are located on Tolka Road, Shaw Street, Glasnevin, and Millbourne Avenue.

On Thursday evening, many parents leaving one of the premises affected said they were not made aware of the development and expressed concerns about alternative childcare arrangements, particularly at short notice.

Hyde & Seek has three weeks to appeal the orders to remove the creche provider’s registration to operate the four premises.

A spokesman for the company told The Irish Times management were left with little opportunity to give parents notice of the decision.

“We were informed of this development by our solicitor less than one hour before parents heard it in the media,” he said.

“This gave us no opportunity to communicate with parents in advance which is deeply unsatisfactory for both us and them. This afternoon we have emailed the parents and spoken personally to many of them.”

Hyde & Seek has said it will be appealing the Tusla decision in the District Court. It is unclear how long that process might take but the creche operators are likely to fight the December 31st closure date contained in the Tusla order. It is expected to begin consulting its solicitors immediately.

Tusla has an oversight role in the early years sector and is responsible for inspecting childcare services.

An earlier statement on Thursday from Hyde & Seek said “we do not accept the outcome of the regulatory process.

“Since the airing of the RTÉ programme we have continued to work to ensure we adhere to the highest standards. We are very confident in the service provided at all four of our creches and will appeal this decision,” the spokesman said.

In a statement, Tusla said the decision to de-register a service “is not taken lightly, and is a last resort which is used when, as regulator, Tusla cannot stand over the continued operation of a service”.

The statement said the agency “acknowledges that parents will find themselves in the difficult position of finding alternative childcare providers”.

Tusla officials were working with the Department of Children to provide support to parents, and the agency would fast track any applications looking to set up new creches in the affected areas, the statement said.

As part of wider reforms Tusla has committed to publish details of closure orders it issues to providers online, as well as the dates of when and where inspections are carried out.

Brian Lee, head of quality assurance at Tusla, said while the agency could not contact the parents of children in individual creches directly, “we can ensure that this information is readily and publicly available to assist parents in making informed decisions.”

Tusla has removed the registration of six early years service providers since October 2018. Five of these operators were creches and one was a childminder.