Cancer patient delay: ‘If you’re quiet and meek, you’ll get left behind’ 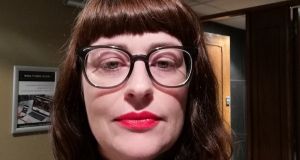 Vanessa Job: “If my cancer was caught earlier, who is to say they might not have been able to stop it spreading?”

Sligo-based Vanessa Job was recovering reasonably well from bowel cancer diagnosed in 2018 when a spot on her liver was discovered in January 2020 during a routine scan.

Surgery was advised to remove a tumour from her liver. Within weeks, however, Covid-19 had led to the cancellation of all cancer surgery at St Vincent’s University Hospital, Dublin.

Job says she was “okay at first” because an MRI was needed ahead of surgery, though she “started to get anxious” as time went on ahead of her appointment with her surgeon on February 21st.

“I’ve realised that you have to fight to be heard. If you’re quiet and meek, you’ll get left behind,” said Job, who had her surgery on April 24th at the Blackrock Clinic.

“It was a safe place to be and I’m so grateful that non-Covid units were available for people like me. If that intensive care unit was filled up with Covid-19 patients, I wouldn’t have had anywhere to go,” she said.

Chemotherapy followed, with Job and her family taking extra precautions to avoid getting Covid-19: “It’s been difficult. We have all been wearing masks since the start.

“My husband does the shopping but I have a little grandson who I haven’t been able to touch or see much of since this all started,” says Job, who did not lose her hair during chemotherapy.

Most people would not know she is being treated for cancer: “I don’t look like a typical cancer patient so it’s easy for people to be complacent around me but we have to protect everyone as best we can through our actions.”

Now a quarter-way through chemotherapy at Sligo University Hospital, Job wonders whether the delays in diagnosing, and operating on her bowel cancer led to the secondary cancer in her liver.

“If my cancer was caught earlier, who is to say they might not have been able to stop it spreading? It’s something I’ve thought about quite a lot,” she told The Irish Times.

Bowel cancer screening should be available to younger people, she says: “People are getting it so young now as well. I was 43 when I was diagnosed and considered myself quite healthy given I’m active and I eat relatively well.”