BofI workers to give evidence in US ‘pyramid scheme’ case

Over $400m ‘laundered’ via funds with accounts in State and abroad, say prosecutors 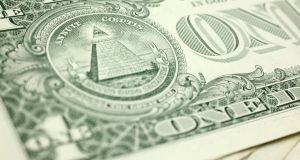 The BofI employees will given evidence in the case against alleged perpetrators of what prosecutors claim was a ‘multibillion-dollar pyramid scheme’.

Bank of Ireland employees will give evidence in a US case against the alleged perpetrators of what prosecutors claim was a “multibillion-dollar pyramid scheme”.

The US Department of Justice has said the scheme, called OneCoin, was “completely based on lies and deceit”. Prosecutors are arguing that more than $400 million (€367 million) in funds arising from the alleged fraud was laundered through investment funds which held accounts at banks in Ireland and elsewhere.

A Bank of Ireland spokesman confirmed that the bank had been contacted by prosecutors concerning the case and said four current or former employees would testify at the trial.

“Current and former colleagues are co-operating fully in relation to the matter, but as it is an ongoing legal case we are not in a position to comment further,” said the spokesman.

The current and former bank staff are drawn from different functions within the lender, including foreign direct investment, anti money-laundering and customer relations.

Investigators allege in documents submitted to a New York court by the Federal Bureau of Investigation that approximately $1.2 billion in investor funds has been “laundered through at least 21 different countries”, including Ireland. The court documents contend that an Irish company used an Irish bank to transfer €185 million derived from the scheme onwards to an investment fund in the United Arab Emirates. One of the accused parties in the US action is a director of six now-dissolved Irish companies.

The case is set to proceed before the end of the year.