Airline ‘will not use cheap labour’ on Cork-Boston route 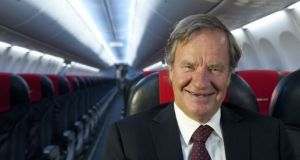 Norwegian Air International has rejected claims by the Irish Airline Pilots Association (IALPA) that it plans to use cheap labour governed by foreign work contracts on its proposed Cork-Boston service which is currently being assessed for certification by the US department of transport.

According to Capt Evan Cullen of IALPA, Norwegian Air International plans to use contract crew on the proposed service whose terms of employment are based on contracts governed by labour laws in countries outside of Norway, the EU or the US.

Capt Cullen told The Irish Times that IALPA would welcome the new route with immediate effect if Norwegian Air International would guarantee that crew would be employed on terms governed by labour laws from Norway, the EU or the United States.

“There are two types of people who work on airplanes - there are crew who are directly employed and then there are agency staff and the main agency that Norwegian use are OSM who provide workers for both the maritime and aviation industries,” he said.

He said: “We have written to Norwegian’s Chief Executive, Bjørn Kjos and asked him to declare to the US department of transport that the employment contracts of these pilot and cabin crew of the proposed Cork-Boston route will be EU or US based employment contracts but Norwegian has refused to do so.”

Capt Cullen’s comments echo those of US unions whose concerns have been picked up by Democrat presidential contenders, Bernie Sanders and Hillary Clinton, who have warned against giving Norwegian a certificate for the route as it would erode US pay and conditions.

The airline rejected Capt Cullen’s claims when asked by The Irish Times, with the carrier describing IALPA’s opposition as based on “unfounded allegations” and said it was disappointing the union had “chosen to swim against the tide of industry”.

The airline re-iterated that any new or existing staff on its services will be employed under the labour laws of the country where they are based, as currently happens.

“Final approval for NAI’s foreign carrier permit will allow long awaited routes from Cork to Boston to begin in 2016, followed by services from Cork to New York in 2017. NAI is also actively looking at further expansion in Ireland with new routes from other Irish airports,” said the airline.