‘I am convinced we are being ripped off...It makes absolutely no sense. I think the Government will have to get involved’ 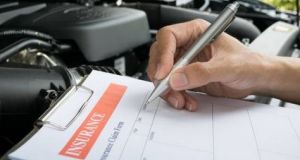 News that car insurance has climbed by more than 40% over the last decade will hardly come as a surprise to the vast majority of Irish drivers. Photograph: Getty Images

News that car insurance has climbed by more than 40 per cent over the last decade will hardly come as a surprise to the vast majority of Irish drivers, many of whom have seen the annual cost of a comprehensive policy for a mid-priced car climb from not much more than €300 to well in excess of €500 in recent years.

Those are the lucky ones and those who shop around. There are others who have been penalised by their insurers by even more than that.

Glenna Gallagher from Dublin 24 assiduously shops around for car insurance every year, and keeps track of what she pays on an excel spread sheet. The cars she drives are always modest and have never cost more than €5,000. Her mileage is low.

“It seems very random, and it’s very hard to know what is behind the price increases. I don’t know if it’s the insurance companies who have money or if there is something like a cartel operating in places. I do know there is definitely a lack of transparency.

“It’s an absolute shocker, though. I am being asked to pay more than €500 for car insurance when I don’t know if my car is even worth that any more.”

Christine Mulrooney paid €220 for her comprehensive car insurance 10 years ago and last January she paid €572.89.

“I’m 41 and have a full licence since I was 19. I have never made a claim, never had any penalty points. Never had a speeding fine. No accidents. I have never even been stopped by the guards.

She describes it as “just mad”, and says she can find “no explanation for it”. She could have ended up paying out even more than €572.

“Every year I shop around, and last year I switched provider and saved almost €200. I am convinced we are being ripped off. I know that the amount of money paid out in claims has fallen and yet the premiums have gone up. That makes absolutely no sense. I think the Government will have to get involved.”