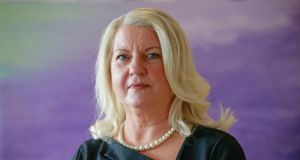 Caroline Dwyer: ‘We didn’t get to hear anything until the following day. I was at work, and my husband rang me. He said ‘Have you had any strange phone calls?’ ’ Photograph Nick Bradshaw/The Irish Times

Caroline Dwyer was going through her emails the other day, and she found the last one her son, Michael, ever sent her. It was on Mother’s Day, March 22nd, 2009.

“It was two lines: ‘Hi Mam, I miss you loads, love you lots. Happy Mother’s Day. I got to see the rugby yesterday. Happy out’,” she says, as her eyes fill up at the memory.

Just over three weeks later, Michael was dead. The 24-year-old was fatally shot in a hotel room in Bolivia in the early hours of April 16th, 2009.

As the 10th anniversary of his death approaches, Caroline Dwyer is still fighting to prove that the killing was unlawful and unjustified, and to clear her son’s name of accusations that began flying even before his death had been confirmed.

“We didn’t get to hear anything until the following day. I was at work, and my husband rang me. He said ‘Have you had any strange phone calls?’ And I said ‘No, why?’ And he said ‘There is a lad after ringing me wanting to know have I a son in South America?’ When he said he did, the guy put down the phone.

“I googled ‘Bolivia’. And up comes ‘Irish man killed in Bolivia’. That’s how I found out.”

The subsequent 48 hours propelled the Dwyer family into an unimaginable nightmare. One of her colleagues phoned the Department of Foreign Affairs, but there was some confusion, because the Bolivian authorities initially released a misspelling of the name. Her daughters called to say they had similar messages over Facebook from journalists. Dwyer headed for the family home in Tipperary.

By the time she got there, her husband, Marty, was in the backyard on the phone. “He said some guy from a newspaper had contacted him and said he had pictures of Michael. Dead. And would he like them sent?”

The Bolivian authorities had released photos to the media.

Dwyer has since stood in the room where her son died

Catherine Heaney, a PR adviser who began working with the family that weekend to help them manage the media onslaught, and who has become a trusted friend, is with Dwyer when we meet.

She adds: “The next morning there were pictures of Michael’s body strewn across all the newspapers. We did not even have confirmation at this stage.”

One of Michael’s sisters found out it was her brother who had been killed when she went to the shop for milk. Later, Dwyer says, “my daughter rang me and said there are photographers outside granny’s house. You’d better come down and tell her.”

Dwyer still finds it difficult to talk about the events of that weekend. She refuses to use the words that appeared in those early headlines: ‘terrorist’ and ‘assassin’.

“I can’t even use those words.”

“I didn’t see any papers for six months,” she says now. “I didn’t look. There were several things that annoyed me, between factual inaccuracies, mistruths and lies. But the thing that I was most hurt about was publishing his dead body on the front of the papers. It was horrendous, and it destroyed Michael’s reputation.”

But, she says, choosing her words carefully, “my fight is not with the Irish media. They’ve done it. It happened. My fight is with the Bolivian justice system, and trying to get justice for Michael.”

For the past decade, Dwyer has devoted herself to disproving the Bolivian authorities’ claim that Michael was part of a plot to assassinate the president, Evo Morales.

Within the first year after his death, she had amassed a compelling case – including forensic evidence, postmortem reports, ballistics reports, witness accounts, and a video of the scene shot in the immediate aftermath – systematically unpicking each of the key elements of the claims made by the Bolivians.

Those claims, essentially, were that Special Forces pursued Michael and the others in a chase from the centre of Santa Cruz to the hotel room after an incident elsewhere in the city, and that a shoot-out took place there.

Even in the early throes of grief, Dwyer’s protective instinct kicked in. When Michael’s body was repatriated she made a decision to delay the funeral so that State Pathologist Marie Cassidy could carry out a postmortem. The examination found that he died of a single bullet wound to the heart that would have immediately incapacitated him.

Dwyer has since stood in the room where her son died.

“Whoever shot him was directly on top of him when he died, and shot him four more times in the back. Marie Cassidy felt that he was in a surrendered position.”

How did it feel as a mother to know her son died in such a helpless position?

I watch his friends getting married and having kids . . . That should have been his future, and we’re missing out on it

“I don’t know how I separated being a mother and trying to look at the evidence. I suppose I was still in fight mode. That’s the only way I can describe it.”

With the support of the Government, she has flown over and back to Bolivia, to Geneva, and to Brussels, often in the company of Heaney. She has taken her case to the UN Special Rapporteur for Extra Judicial Executions and the Inter-American Commission on Human Rights (IACHR) in Washington. She has personally tracked down and interviewed witnesses, including the manager of the hotel where Michael was killed, two Brazilian engineers who were staying there, all of whom said there was no shoot-out.

She has interviewed the chief prosecutor originally assigned to the case by the Bolivian authorities, who has since fled the country. “He confirmed that Michael was executed. He confirmed that there was no evidence of any crossfire, or any wrongdoing by Michael.”

Early on, some of the reporting on Michael’s death seemed to work off the assumption that he “must have been up to something” in Bolivia. This was reinforced by photos taken off his Bebo account apparently showing him in combat gear, holding a weapon.

He was playing airsoft, a game where players shoot harmless plastic balls from replica guns, Dwyer points out. A so-called incriminating video taken of him at a shooting range was in a public park in the Bolivian city of Santa Cruz, the kind of place where families go on Sundays for a picnic. He was apolitical, she has said repeatedly; he didn’t speak Spanish; he had no knowledge of or interest in Bolivian politics; he was a fun-loving guy who wanted to travel.

Dwyer has answered the question of what Michael was doing in Bolivia “100 times” over the intervening 10 years, but she patiently addresses it again. He studied construction management in college, and during that time, he made money working as a bouncer in nightclubs in Galway.

Because he had security training and a construction management qualification, he got a job out of college – at a time when jobs were scarce in his industry – working in security at the Shell pipeline site in Mayo. After that ended, an opportunity came up to do a close protection detail training course in security in Bolivia. She says he was going to learn “about convoys and how they drive and things like that.”

“Before that Michael had often said to me he was thinking of going off to Africa or wherever, and I would say to him ‘But is it safe out there?’ So he came to me about Bolivia. And I said ‘Well is it safe out there?’ And he went ‘Yeah, yeah.’ I remember vividly sitting down at the kitchen table and booking his tickets. And that still kills me a little bit that I did that.”

He left on November 17th, 2008. Over those few months, he would email and text frequently, but calls were more difficult. He mentioned his frustration that the course had not started, but said he had found work with a local businessman, Eduardo Rózsa-Flores, one of the three shot dead on April 16th, 2009.

“There was noise in the house and then when all this happened with Michael the noise stopped. Michael would come home and there would always be the big entrance, he was kind of full of boisterousness,” she says. “You’d be cooking and he’d come in and put the arms around you in the kitchen. And annoy you nearly. He used to like messing. Always a big smile, never in bad humour.”

Michael’s hurling manager still calls her on his birthday. That’s a testament, she says, “to how loved he was.”

The loss of her eldest child intensifies as the years go by. “I watch his friends getting married and having kids, and I don’t have any grandchildren. That should have been his future, and we’re missing out on it.”

Following her submission, the UN Special Rapporteur sent two letters of allegation to Bolivia, which is the highest level of complaint it can make, she says. Even a decade on, new witnesses are still coming forward. But the process has been slow, and stymied at every step of the way by the Bolivian authorities, who have always resisted an outside investigation.