Delays led to hundreds of samples expiring before being tested 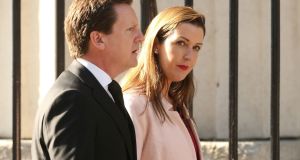 Women are having to wait 18 weeks and longer for the results of their smear tests for cervical cancer, three times longer than normal, according to CervicalCheck.

Demand for repeat smear tests grew after Minister for Health Simon Harris responded to controversy about the programme earlier this year by offering free screening to concerned women.

CervicalCheck has apologised for delays, applying to both repeat and routine tests. Normally, women receive results within four to six weeks. Now it has grown to 18 weeks and “may take longer in a small number of cases”.

The delays led to hundreds of samples expiring before they were tested as they had not been transferred to slides within the required six-week period. However, CervicalCheck said that since the end of July, all smear test samples were being transferred within this time period.

Women whose smears expired have been written to by their GPs and advised to attend for another test after three months, as it takes this long for cervical cells to grow back for another test.

New figures show a massive increase in the numbers attending for screening in the aftermath of the controversy. More than 180,000 women had a smear test in the first half of this year, up 38,000 on the same time last year, according to the HSE performance profile for the period.

Vicky Phelan settled her High Court case against one of the cervical cancer testing labs in April and it then emerged that potentially hundreds of women had had their tests re-categorised in a subsequent audit.

Uptake of CervicalCheck was 79.8 per cent up to June, marginally below the target of 80 per cent.

The CervicalCheck controversy, along with bad weather in March, is blamed in the HSE report for a falloff in take-up for the State’s bowel screening programme. The number of men and women tested by BowelScreen fell 10 per cent in the first half of the year, and 20 per cent in the month of June.

The HSE says in the report it expects numbers to recover as the year progresses.

The BreastCheck programme was less affected by the controversy; the number of women who had a mammogram was up 1.4 per cent in the first half of the year but down 2.3 per cent in June.