Cuts form part of plan to achieve savings of up to €9.5 million 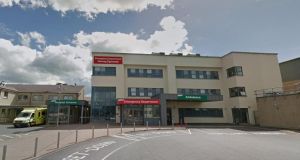 Management at University Hospital Waterford intend to publish details over the next fortnight of how it will achieve savings of up to €9.5 million.

University Hospital Waterford (UHW) has proposed to reduce its operating theatre service for four weeks this summer as part of up to €10 million worth of cuts.

The fewer elective procedures will coincide with annual leave of staff and will mean agency staff won’t be sought in place of the regular workforce. Overtime is to be cut as well to make up the savings.

Paul Reid wrote a strongly-worded memo to senior management across the country last week, in which he said going over budget “can no longer be considered an option”.

The Irish Times reported Mr Reid had told his management that hospitals should look at cutting back on lower-priority services.

A spokesman for UHW said the closure is proposed to take place for a four-week period from Monday, July 22nd to Friday, August 16th.

Management at the hospital intend to publish details over the next fortnight of how it will achieve savings of up to €9.5 million.

UHW is also holding discussions with staff and hopes to use the vacated theatre capacity during the summer to carry out initiatives to reduce waiting lists, the spokesman said.

According to the National Treatment Purchase Fund, UHW has among the highest outpatient waiting times in the country.

Waterford Sinn Féin TD David Cullinane said “dressing up cuts as cost savings is disingenuous” and said the reduced number of procedures would have an impact on front-line services, leading to longer waiting times.

Speaking after he and other Waterford politicians met hospital management on Monday morning, he said UHW had confirmed that savings of 5 per cent need to be made this year come in on budget, with the current annual budget at €190 million.

Stephen McMahon of the Irish Patients Association said he was extremely concerned by the news. “It’s unfair and it’s unsafe. For many of these patients . . . they’re waiting in pain [and] they’re anxious while they’re waiting for their operation.”

He added that patients who are waiting to be seen can be dependent on family care and can lose out on social interaction while ill, suffering depression as a result.

There were more than 5,600 inpatients at the end of April with roughly 1,000 waiting more than 12 months, while there are more than 11,000 on the outpatient list waiting longer than 18 months for their first consultation.

The news was described as a “hammer blow” by the chairman of campaign group Health Equality for the South East, Cllr Matt Shanahan.

He is among those in Waterford calling for tactical voting in Friday’s local and European elections in light of controversies surrounding UHW.

The news of the cuts to the operating theatres has led the region’s Still Waiting Health Campaign to do likewise. On Monday it called for voters to support candidates who back the implementation of Sláintecare.