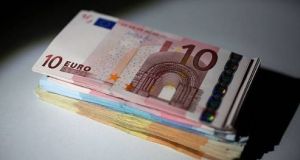 The St John of God organisation made €1.85 million in undisclosed payments to senior managers after being instructed by the Vatican to deal with outstanding liabilities, according to a confidential HSE audit of the charity.

“The Vatican wanted to be sure that no liability transferred to the new organisation” after St John of God restructured itself in 2012, with direct accountability to the Holy See, the audit says. The charity provides a range of services from mental health to learning disability, many on contract from the HSE.

The audit uncovered secret payments totalling €6.24 million to senior lay executives. This includes a defined benefit pension scheme which transferred €3.586 million to four senior managers and unapproved increases in their salaries amounting to €277,152.

The investigation uncovered undeclared private salary payments to 14 senior staff totalling €528,755 as well as a further 139 cases where the charity was not in compliance with public pay policy.

The audit says St John of God has not complied with public pay policy for over 30 years, despite relying on over €130 million a year in State funding. Since at least 1986, “other entities” within the charity have been supplementing the salary of senior executives, whose pay costs are funded by the Exchequer.

The charity on Thursday night apologised unreservedly for any hurt caused by the issues raised in the audit but said it did not believe it had deliberately misled the HSE at any point.

St John of God has established a group to develop governance systems to ensure the service operates in accordance with legislation and regulations, a spokesman told The Irish Times. “This includes compliance with public pay policy.”

The audit report, which is a draft but close to finalisation, says the effect of the top-ups was to transfer the liability for future pensions on increased salaries to the taxpayer. It says the extent and duration of the pay policy breaches are “concerning” and SJOG had “many opportunities from 2013 to make a full disclosure” but did not do so until June 2016.