Department of Environment funding for 26 health and disability groups cut 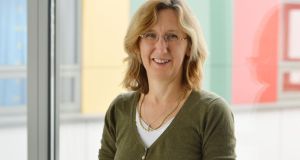 Neurologist Prof Orla Hardiman: “I was horrified when I heard the news because I know just how much neurological conditions impact on individuals and their families, I see it every day.” Photograph: Alan Betson/The Irish Times

Minister for Health Leo Varadkar has ruled out any intervention in the row over the Department of the Environment’s decision to axe funding for 26 health and disability organisations. Mr Varadkar said there were no funds available to his department to assist the groups which have been refused funding under the Department of the Environment’s Scheme to Support National Organisations (SSNO) in the community and voluntary sector.

The decision leaves many of the groups facing closure in the coming months and will severely curtail services for people with a variety of medical conditions.

Leading neurologist Prof Orla Hardiman said yesterday she was “horrified” at the impending closure of the Neurological Alliance of Ireland, one of the groups refused refunding under the scheme.

Fianna Fáil leader Micheál Martin raised the issue in the Dáil yesterday for the second day in a row. He claimed “someone dropped the ball” on the issue and suggested the criteria for assessing applications under the scheme had been changed.

Describing the decision as unfair and wrong, he pointed out the Minister of State for Health, Kathleen Lynch, had not been informed beforehand.

Taoiseach Enda Kenny said a large number of organisations that had applied for funding sought the maximum available amount or more than that and, as a result, fewer groups could be funded than in previous rounds.

Mr Varadkar said the administration of the scheme was a matter for the Minister for the Environment. “There are no funds available to the Department of Health which would enable assistance to be provided to the organisations named.”

Responding to a parliamentary question from Independent TD Denis Naughten, he said the Health Service Executive supported a wide range of organisations in respect of specific, agreed activities and it was open to the organisations “to explore whether there may be a basis for any further such agreements”.

However, Mr Varadkar said the HSE’s budget “remains stretched and must be focused in the first place on the provision of frontline services”.

There were 155 applications for support under the two-year scheme, of which 55 were successful.

Last week, former minister for the environment Phil Hogan suggested it would be more efficient for organisations to receive funding “only from the department with lead responsibility for policy in their area, rather than seek funding across a number of different departments”.

Prof Hardiman said the Neurological Alliance of Ireland was the only advocacy group speaking on behalf of 700,000 Irish people with neurological conditions. “They are now being shut out of Irish society, their voice is being silenced. I was horrified when I heard the news because I know just how much neurological conditions impact on individuals and their families, I see it every day.”

The alliance, which represents more than 30 neurological charities, said all 11 member organisations that applied for funding were refused. It called on new Minister for the Environment Alan Kelly to meet the charities affected by the decision. “The Taoiseach’s statement that charities can appeal the decision will be cold comfort to the charities affected as no timeline for the appeals process has been provided and they are left in limbo with no choice but to close their doors.”