US laboratory to help clear backlog of smear tests 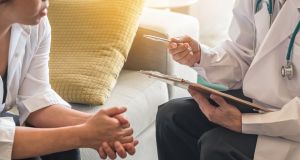 In some cases, women are still being asked to wait longer than 33 weeks to receive the results of their smear tests. Photograph: iStock

The Health Service Executive has reached an agreement with a US testing laboratory to help clear the massive backlog of smear tests in the CervicalCheck screening programme.

The deal with Quest Diagnostics will ensure the survival of the programme, the HSE says, following weeks of uncertainty during which thousands of slides were put into storage because there was no lab available to process them.

But it also means the vast majority of tests will be processed abroad, despite concerns voiced about overseas labs during the controversy about CervicalCheck in the past year.

Under the agreement, Quest, which already handles 45 per cent of slides under the Irish screening programme at its US labs, will take on another 45 per cent of the work at four new sites in the US.

The HSE declined to say how much the agreement will cost, but it is likely to be significantly elevated due to the high level of litigation around CervicalCheck since last year.

The State Claims Agency has received 92 claims alleging misdiagnosis of tests and proceedings have been issued in 47 of these.

The backlog is largely the result of a decision by Minister for Health Simon Harris to sanction free out-of-cycle smear tests for women after the CervicalCheck controversy erupted in April of last year.

A second lab engaged by CervicalCheck, MedLab Pathologies in Sandyford, Co Dublin, stopped accepting new tests from women last May and has since concentrated on clearing its share of the backlog, amounting to 55,000 slides. Since then, MedLab has reduced its backlog by about 11,000.

However, with most new slides not being processed, the overall backlog remains substantial, at 65,000, down from a high of 80,000.

In some cases, women are still being asked to wait longer than 33 weeks to receive the results of their smear tests.

The remaining 10 per cent of slides are processed at a lab at the Coombe hospital in Dublin.

The new Quest sites were inspected by HSE staff, including a clinical assessment team from the CervicalCheck programme, before agreement was reached.

In his report on the CervicalCheck controversy last year, Dr Gabriel Scally said it was “surprising and not in line with best international practice” that no quality assurance visit had been conducted at the US labs since 2014.

Although the labs did not have the required ISO accreditation, he found there was “no reason” on quality grounds why existing contracts should not continue.

Damien McCallion, interim national director of the National Screening Service, expressed gratitude to Quest and the Coombe “for continuing to provide services to the programme during what has been a very difficult time for CervicalCheck and the women it serves”.

“As has been well documented publicly, we feared for some time that we would have to stop the programme such was the difficulty in finding sufficient capacity for our needs in 2019,” he said. “We are very grateful, to Quest Diagnostics in particular, for providing the required capacity to allow the vital work of cervical cancer screening continue in Ireland.”

He said the existing and new Quest labs were subjected to an “extensive” quality assurance review to ensure that they meet requisite standards.

“We felt it was very important that we visited and individually quality assured each of these facilities prior to any tests being performed on Irish slides at them.

Quest is appealing last month’s High Court judgement in the case taken by cervical cancer patient Ruth Morrissey, which is regarded as a test case for dozens of other cases alleging misreading of smear tests.

Senior medical figures have warned the ruling by Mr Justice Kevin Cross, that screeners must have “absolute confidence” in their work if giving a sample the all-clear, could jeopardise the future of screening programmes.