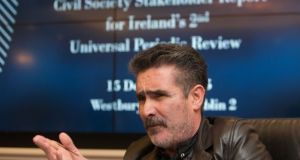 Martin Collins warned against the traditional early December return by Travellers to Rathkeale because ‘of the risk of contracting and spreading the virus, not just in the Traveller community but also in the settled community’. 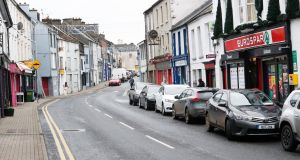 The traditional Christmas return from Britain of members of the Travelling community to Rathkeale, Co Limerick threatens a significant increase in Covid-19 cases in the town, leading Travellers’ group, Pavee Point, has warned.

Every December the town’s 1,700 population effectively doubles to 3,000 with members of the Travelling community arriving to visit relatives; but, often, to hold weddings and other gatherings.

“Everybody is absolutely [right] to be concerned about Rathkeale,” said Pavee Point co-director Martin Collins, who said those gathering in large numbers were “playing Russian roulette, and, potentially there could be deaths”.

From last March, he said he had warned against the traditional early December return by Travellers to Rathkeale because “of the risk of contracting and spreading the virus, not just in the Traveller community but also in the settled community”.

Members of his own family living in London, made the “devastating” decision not to travel: “Under the circumstances, it’s the right thing to do, it’s the most responsible thing to do,” he told The Irish Times.

Calling for a ban on the sale or renting of marquees, he said: “During the pandemic I’ve seen many Travellers hiring marquees, and having parties in their own back yards, birthday parties, anniversaries, and so forth, and that’s just not on, it’s not acceptable.”

Meanwhile, a number of files are being prepared for the Director of Public Prosecutions following incidents dealt with by gardaí in Rathkeale across the Christmas period “involving gatherings by large groups at private establishments and on public thoroughfares in the town”.

Videos taken at a number of house parties in the town, with large crowds, no social distancing and no masks, have been shared widely locally in the past few days, prompting calls for extra gardaí to be deployed.

“The videos circulating are very alarming. The local community is very concerned and upset and they feel forgotten about and left behind,” said Fianna Fáil Minister of State Niall Collins, who sought details of the Garda’s Christmas policing plan for the town, but was refused.

The latest Covid-19 figures available from the Health Protection and Surveillance Centre (HPSC) broken down by local electoral area put the 14-day incidence rate in the Adare-Rathkeale district at above the national average.

In September, two local councillors, Fine Gael’s Adam Teskey and Independent Emmett O’Brien, raised concerns about the Christmas risks, though both were then criticised for doing so. The numbers, Cllr O’Brien told The Irish Times, had caused “a predictable soar” in cases.

Agreeing with Pavee Point’s advice that people should not travel, Mr Collins said: “At this stage we are probably gone past that point. What I would ask is for people to adhere to proper etiquette and public health guidelines.

“People are fearful, and say to me that when some people are challenged who aren’t wearing face masks, that they get abused. I don’t know if they are members of the Travelling community or not, but they can certainly be categorised as people who have returned to Rathkeale for the Christmas period,” the TD added.

However, David Lamont, public relations officer of the Rathkeale Community Council, said Rathkeale was being unfairly singled out. Visitor numbers were up, but there was little evidence that masking or social distancing rules were being broken, he said.

Businesses “are sticking very closely to the guidelines, and you can’t walk into a shop...without a mask – that’s what I’m genuinely seeing, genuinely”, Mr Lamont said.

“Lots of positive things have happened in the last quarter of this year, with businesses refurbishing and painting premises, to say to customers that Rathkeale is safe, we appreciate your business and we don’t take it for granted,” he said.

The HSE held a Covid-19 “pop-up” test clinic in Rathkeale on December 21st and tested 121 people: “There are no plans for any further pop-up testing facilities before the new year,” said a HSE spokesman.

The HSE, as it did last year, has set up a triage clinic in the town that will operate until January 8th, bar Christmas Day and New Year’s Day. Last year, it treated 422 people over 19 days.