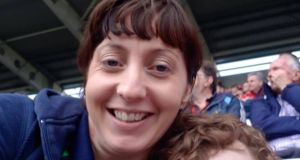 Three nurses were caring for 31 mothers at Cork University Maternity Hospital last Monday on Marie Downey’s ward when she was found dead in her single room and her newborn son Darragh lay critically injured under her.

The staffing on the overnight shift included one permanent nurse, one agency nurse and one newly qualified nurse, according to sources. Nurses at the hospital, who have repeatedly complained of understaffing in recent years, are said to be upset and angered at this week’s events and have again raised staffing issues in a meeting with union representatives during the week. Minister for Health Simon Harris announced yesterday that an independent review of the death of Ms Downey and her baby would take place. This is separate from the hospital’s investigation.

In addition to staffing levels, the investigations are likely to examine why Ms Downey, who had epilepsy and had come through a difficult labour, was placed in a single room. As a private patient, she was entitled to be put in a single room if one was available.

The investigations are also likely to examine what checks were made on her while she was in the room, and whether cot sides on her bed – fitted to stop the occupant from falling out – were raised.

It is understood Ms Downey suffered blood loss during labour and was admitted to the high-dependency unit in the hospital thereafter. She was then moved to a regular ward at the weekend.

Nurses took her baby for care on Sunday night to allow her some uninterrupted sleep and returned him early on Monday morning for feeding. Less than two hours later, medical staff arrived on a ward round to find Ms Downey dead on the floor and her baby critically injured beneath her.

It is thought she got out of bed and then suffered a medical episode, which caused her to fall and suffer fatal injuries.

Baby Darragh received extensive resuscitation and was placed on life support but died the following day.

Stress and sleep deprivation, possibly caused by breastfeeding, are known triggers for seizures among lactating women with epilepsy.

Health Service Executive guidelines on the management of women with epilepsy say staff must ensure a “safe environment” for women and their babies while in hospital.

The guidelines also state that women with the condition should have a birth plan to cover “personal and baby safety (to include not to be left alone with baby in the bed)”.

Mr Harris said the HSE review would be conducted under the auspices of Dr Peter McKenna, head of the HSE women and infants health programme.

“The review team will include necessary external expertise in order to allow it to conduct a full and independent examination of the circumstances surrounding this incident,” a spokeswoman said. “This is line with the procedures that are in place with regard to the review of maternal deaths.”

The funeral of Ms Downey, from Kildorrery, Co Cork, takes place on Saturday. Darragh is expected to be buried with his mother.