Order ‘should use millions in payments’ to fund community services 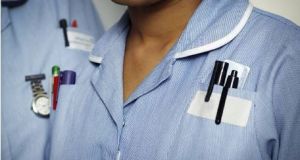 If implemented, the proposal in the HSE audit would see the St John of God order funding this shortfall from its own resources rather than receiving additional funding from the State this year. File photograph: Getty Images

The Health Service Executive says the St John of God order should pay millions of euro, the equivalent sum it gave in secret payments to senior executives over a 30-year period, to fund health services in the community.

The order should seek to recoup the amount it paid in top-ups and other undisclosed payments to 14 senior executives since 1986 from the individuals themselves, it has also suggested. Top-up payments are explicitly banned under public pay policy.

The total sum involved is believed to be up to €12 million, but the HSE says in a final version of an internal audit of the charity that St John of God needs to calculate the exact amount from its records and have this independently verified.

Last month, The Irish Times reported the finding in a draft version of the audit report that St John of God made secret, multimillion euro payments to senior lay executives. Some of these were made after the Vatican instructed the order to deal with outstanding liabilities as it was restructuring.

Since then, St John of God leaders have met HSE auditors and submitted a 15-page response in which they rejected some of the findings of the report and accepted others. However, no major changes were made to the final report, which was given to the order last week.

The report by HSE assistant national director for internal audit, Dr Geraldine Smith, says the order should make a payment equivalent to the amount paid in salary top-ups between 1986 and 2013 to its subsidiary, St John of God Community Services (SJOGCS). In addition, the board of St John of God should tell senior managers who were paid €1.83 million in pension/compensation payments in 2013 to refund the money.

SJOGCS is the HSE-funded wing of the charity that provides services in mental health and intellectual disability for 7,000 people. It receives €130 million in State funding annually but has told HSE officials in recent meetings it is facing a €9 million deficit due to increasing care costs.

If implemented, the proposal in the HSE audit would see the order funding this shortfall from its own resources rather than receiving additional funding from the State this year.

St John of God told HSE auditors it paid the top-ups from its own resources in respect of additional work carried out by senior staff for the order, in Ireland and internationally. The report says this meant the staff were working only part-time in their State employment while being paid for a full-time position. The extra money should have been paid to SJOGCS for services rendered instead of to the individuals, it maintains.

In its response to the report, St John of God acknowledges it would have been better if it had engaged with the HSE in 2013 when deciding to make the compensation payments to senior executives.

In reply to the HSE’s accusation of a “lack of candour” on its part, it acknowledged trust was needed and it would do all in its power to regain this.

However, it did not accept that top-ups were made from 1986, or the existence of a private pension fund, as asserted in the report.

The audit report has been passed to the human resources and compliance sections of the HSE, which are expected to seek full and detailed disclosure from the charity about the top-ups and other payments.

With 23 of the 51 recommendations in the report also pertaining generally to Section 38 bodies that are largely State funded, the HSE is expected to seek assurances from other organisations that they are compliant with public pay policy and, in particular, the ban on top-up payments.

The HSE is also concerned that the head of a State-funded body (in this case, SJOGCS) is required to report to the head of a private organisation (the St John of God order). A similar situation arises in other Section 38 organisations, such as St Vincent’s hospital.