St John of God services not affected despite issues - HSE 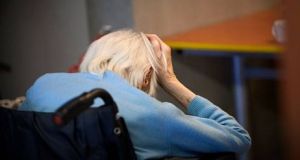 HSE officials have given assurances that services provided by St John of God will not be affected, despite the problems in the organisation.

However, revelations about secret payments made to senior executives at St John of God will have a fundamental impact on the relationship between the charity and its funder, the HSE, the Dáil Public Accounts Committee was told on Thursday.

He promised a “robust engagement” between the two organisations over issues at the charity, including governance and the undisclosed payments, but said the HSE’s aim was to ensure services continued.

Earlier this month, The Irish Times revealed the finding of a HSE internal audit that the charity made undisclosed payments totalling over €6 million to senior lay executives.

The organisation has told the HSE it is facing a €7 million deficit and needs additional funding, but HSE chief financial officer Stephen Mulvany said it disagreed with this figure.

Mr Mulvany said it was not the HSE’s intention to sever its relationship with the charity, but the governance issues needed to be raised. “We don’t want to cause upset - but this needs to be fixed and we need to move on,” he told the committee.

Asked by TDs whether the HSE had considered directly providing the services currently provided by St John of God, he said consideration of this was not being ruled out, but it would entail significant policy considerations.

Social Democrat TD Catherine Murphy said service users and their families who were experiencing cutbacks had suffered “real upset” from the revelations.

She said there was a stark contrast between the services provided by St John of God and other, similar organisations. They provided transport and after-school facilities, but with St John of God this involved “extra money”.

Mr O’Brien pointed out that following revelations of top-up payments at the Central Remedial Clinic in 2013, the HSE took extraordinary action to reform the organisation, yet at no point were services curtailed or jeopardised.