Interwoven biological relationships between both countries go back to Viking times 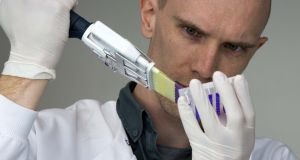 Dr Russell McLaughlin of TCD: ‘We are interested in understanding how genes can influence our risk of developing certain conditions.’

Separation in the form of Brexit may be imminent, but genetic history cannot be denied, as evidenced by a new genetic map of Irish and British ancestry.

It confirms richly interwoven biological relationships between both countries going back to Viking times, so much so that 60 distinct “genetic clusters” have now been identified by scientists at Trinity College Dublin and in the UK.

The genetic footprints have been developed based on analysis of 1,000 Irish individuals and 6,000 from Britain and mainland Europe, and confirm the extent of migration into and between the islands; the genetic legacies of the Vikings, and mass movement between Scotland and Ulster.

TCD geneticists have revealed their “fine-grained picture of Irish and British ancestry” which is based on the genetic footprints left by migration into and between the islands. Their results show the role that geography and time have played in the genetic variation seen today.

While the research adds to the detail of an interwoven genetic profile going back for centuries between Irish and British people, and enhances the body of historical and archaeological knowledge, its major benefit will be in treating diseases that have a strong genetic link.

By mapping genetic similarities and differences between 7,000 individuals, the researchers identified the distinct genetic clusters within Ireland and Britain, representing groups of individuals with similar ancestries. 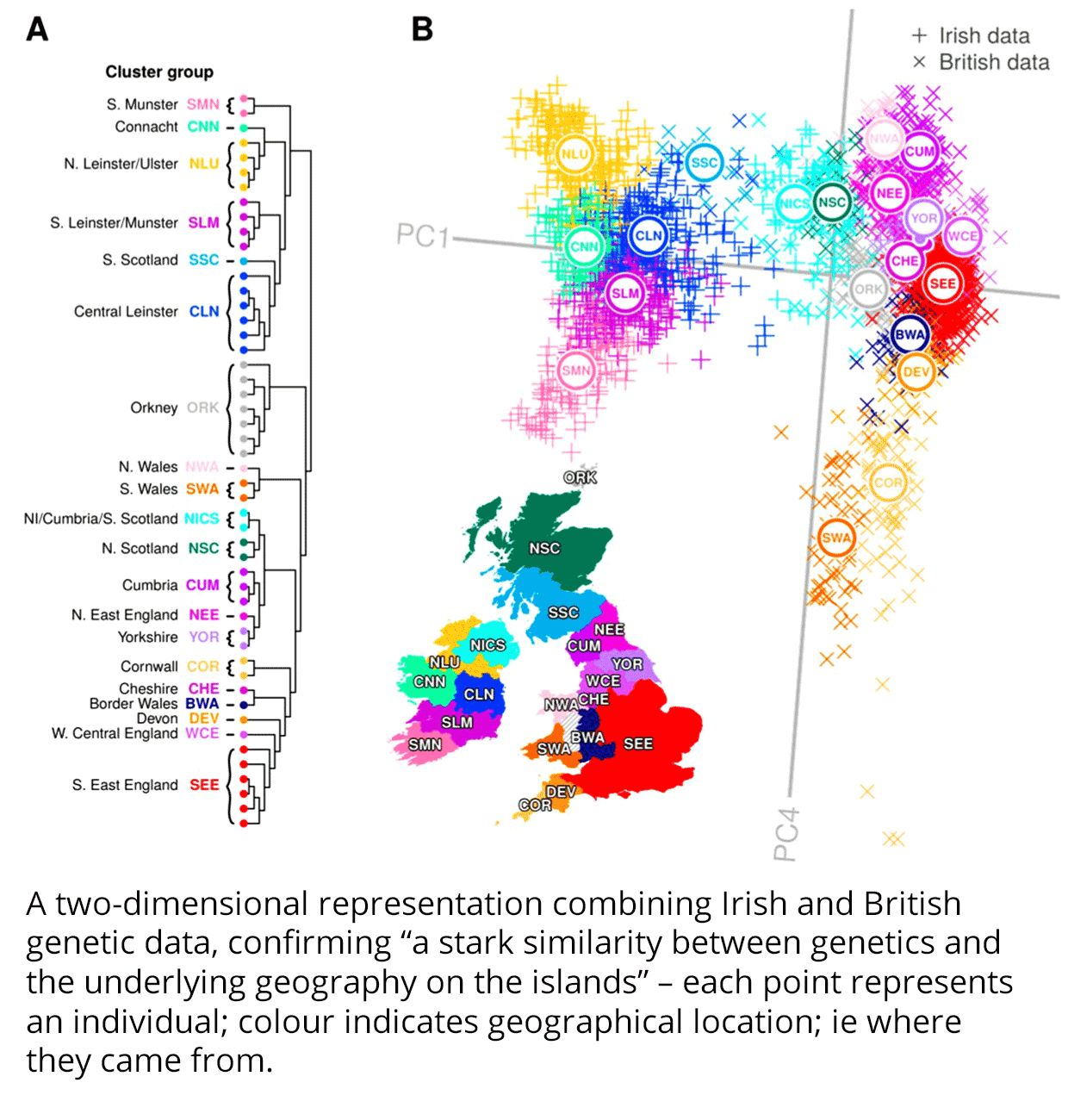 These clusters are “closely tied to geography on the islands, along with differing influence from historical migrations”, according to Dr Russell McLaughlin, Ussher assistant professor in genome analysis at Trinity.

He directed the research in collaboration with the Academic Unit of Neurology at Trinity; the Wellcome Trust Sanger Institute at Cambridge, and University College London. Their study was published on Thursday in the journal PLOS Genetics.

He said: “We are interested in understanding how genes can influence our risk of developing certain conditions, but fine-scaled differences in ancestry can obscure our data. Understanding these ancestral differences helps us to zero in on genes that cause diseases.”

The TCD team have a particular interest in neurological diseases in this regard, notably motor neurone disease.

“The ancestral groupings that we see in Ireland correlate well with where people live, and using genetic information we can capture certain elements of the island’s past, which accord with the historical and archaeological record,” Dr McLaughlin added.

This includes the Viking raids of Ireland, which the authors show has left a genomic footprint in modern Irish people.

Lead author Ross Byrne, a PhD student at the Smurfit Institute of Genetics at TCD, said previous research using Y-chromosome DNA showed “little remaining signature of the Viking Ages in the DNA of Irish people”. However, “these older studies used less than 1 per cent of the available genetic information and focused only on signals that could be read through the paternal line, which may not tell the entire story”.

By examining the remaining genetic information, we have shown that “there is indeed a small but noticeable legacy of Viking influence in Ireland”, he added.