‘Alcohol is a drug with sedative effect ... You cannot compare the effects of alcohol with food consumption’

During a Joint Oireachtas Committee on Transport, Tourism and Sport on Wednesday (May 17th) Independent TD Danny Healy-Rae described eating a full meal as being as dangerous as a person who consumes alcohol and drives. Video: Oireachtas TV 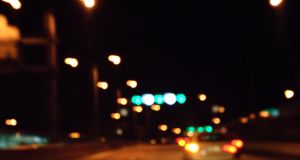 Can the consumption of a heavy, carbohydrate-laden meal be compared with the impact on driving after consuming a few alcoholic drinks? Independent TD Danny Healy-Rae claims eating in such circumstance could be an over-riding factor in contributing to a road crash. The science says differently.

A Road Safety Authority (RSA) report of Garda forensic crash data “Alcohol as a Factor in Fatal Collisions 2008-2012” is the single piece of research repeatedly cited as evidence for the need to introduce stricter regulation of drink-driving.

It dominated discussion at a sitting of the Joint Oireachtas Committee on Transport, Tourism and Sport on Wednesday. It is considering a measure that anyone caught driving with a blood alcohol level of 51-80mg of alcohol per 100ml of blood should lose their licence automatically for three months.

There is a critical difference in the alcohol versus heavy meal risk factor debate, according to dietician Dr Kevina Cardiff: “Alcohol is a drug with a sedative effect. It impairs your reaction time. Food is not going to do that. You cannot compare the effects of alcohol with food consumption.”

A heavy, carbohydrate-rich meal might make a person quite relaxed. “You will still be able to make a decision if you’re too tired to drive a car. You are not really capable of making a decision with alcohol on board,” she added.

The RSA report examines 867 fatal collisions on Irish roads involving more than 950 fatalities. “Without question, alcohol is the over-riding reason why people died in these crashes,” according to RSA chief executive Moyagh Murdock.

Speaking after appearing before the committee, she strongly disagreed there were other overriding factors in such crashes. What’s more, research shows that when alcohol is consumed when driving, it leads to other risky behaviours.

“Alcohol consumption comes first and I don’t think it is a fair analogy to categorise the impact of a big meal on driving with the impact of alcohol. It does not compare at all,” she noted. Risky behaviours with alcohol on board include talking louder; making phone calls, feeling you are the centre of attention and assuming you’re a better driver than you are. Such behaviours would be very obvious to a non-drinker, Ms Murdock added.

In addition to carrying out extensive research in Ireland, the RSA closely monitors international research. It has examined other contributory factors, such as speed and fatigue in other reports but they are considered “ancillary to the current debate”. In no instance is there evidence that eating a heavy meal caused a fatal crash, she pointed out.

On the issue of driving with lower alcohol levels, Ms Murdock, told the committee: “The scientific evidence is unequivocal, that any amount of alcohol impairs driving. Therefore we can conclude, that of the 35 people who were killed by drivers who had consumed alcohol between 20mg and 80mg, that alcohol was a contributory factor to those collisions.”

However, Mr Healy-Rae insisted there were other contributory factors that caused crashes such as eating too much. “Two glasses or three glasses of Guinness did not cause an accident for anybody,” he added.

Research, nonetheless, shows eating a heavy meal does contribute to fatigue. The RSA advises in its Safe Driving for Work drivers’ handbook: “Keep meals light during or immediately before a long drive. Heavy meals can make you drowsy.”

According to the Royal Society for the Prevention of Accidents, driver fatigue is a serious problem resulting in many thousands of road accidents in Ireland and Britain each year. Crashes caused by tired drivers are most likely to happen from a range of factors including factors such as alcohol and after eating.

It cites the following range of factors: