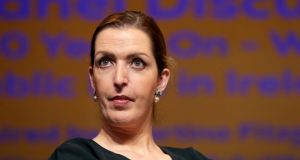 An audit of smear tests showed health service professionals that Vicky Phelan had wrongly received the all-clear from cervical cancer, but she was not told about it. Her High Court case in 2018 brought attention the CervicalCheck controversy. Photograph: Tom Honan

The controversy over the CervicalCheck screening programme has convulsed the health service over the past year, but it might never have come to light if changes had not been made on foot of an earlier scandal.

From 2012, it emerged at least five babies had died at Portlaoise hospital due to a lack of oxygen after staff failed to recognise or act on signs of foetal distress. The ensuing controversy resulted in changes in the rules about disclosing adverse events to patients.

It was the HSE’s implementation of these changes across its services that resulted in the revelations about CervicalCheck.

A revision of the rules on open disclosure meant patients with cervical cancer had to be told about the results of an audit that showed their earlier tests had been misinterpreted.

And although this process was botched – with CervicalCheck and doctors arguing over who was to deliver the bad news and most patients remaining in the dark – ultimately the news got out after Vicky Phelan’s High Court action last year.

But the controversy over the CervicalCheck audit might never have happened had the lessons of the Portlaoise scandal been properly learned.

In 2015, in response to pressure from the Portlaoise families, then minister for health Leo Varadkar promised to introduce mandatory open disclosure by doctors and nurses of any mistakes involving patients.

If this had been implemented, CervicalCheck patients would have been told about their audit, instead of learning about it in the media.

Instead, Mr Varadkar, acting on advice from his officials a year later, abandoned the promise by removing the requirement for mandatory reporting.

The result was a flawed system of “open” disclosure, whose defects were correctly identified by Dr Gabriel Scally in last year’s report on CervicalCheck for the amount of wriggle room it provided to leave patients in the dark.

The two controversies have a lot in common – both involved a failure by the health service to learn from mistakes, the often demeaning treatment of women patients and an apparent failure to hold staff to account.

Five years after their scandal first came to light, accountability remains a central demand of the families who lost babies in Portlaoise.

In 2015, a damning Health Information and Quality Authority report into the hospital identified failings not just at clinical level but up the managerial line.

Doctors and nurses can be referred to their professional bodies.

Last year, one doctor accused of wrongdoing at Portlaoise was found guilty on two out of seven charges of professional misconduct at the Medical Council.

However, no such process exists for managers where errors are made.

Reluctantly, the HSE agreed to an investigation into whether staff – clinical or managerial – had a case to answer. That was in 2015, when then HSE boss Tony O’Brien said it would take three months to complete.

Years passed, nothing was heard of the investigation and, inevitably, attention moved on to other issues.

Fear of litigation and the volume of documentation involved were put forward as reasons for the delay, but it was hard not to think foot-dragging was involved.

Today, the process appears to be complete, but the HSE says the workings of its disciplinary procedures are secret, so the outcome is unknown.

The families whose babies needlessly died in Portlaoise hospital still do not know if any staff have been held accountable for what happened.

A similar process has been initiated within the HSE in relation to the CervicalCheck controversy, with the engagement of a review team to determine if staff should face disciplinary action.

Based on previous experience, however, it seems unlikely this process will be completed any time soon.