Almost half of women who presented at IFPA service were mothers; more than half were in their 20s 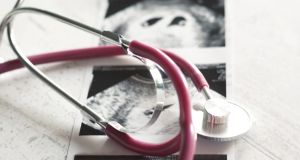 Almost half of the women who presented at an early abortion service at a family planning clinic were mothers, an audit of the programme has found.

In its 2019 annual report, the Irish Family Planning Association (IFPA) analysed data from 177 women over a six-month period.

Most (68.4 per cent) were not using a method of contraception when they became pregnant. By far the most common contraceptive methods used were condoms (20 per cent) and short-acting methods (8 per cent), such as the contraceptive pill.

The remainder had used a long-acting method (2.2 per cent) or a contraceptive strategy such as withdrawal or emergency contraception (1.7 per cent).

“This data serves as a reminder that even the most effective methods of contraception carry a risk of failure, and therefore it is not possible to completely eliminate the risk of unintended pregnancy,” the report stated.

According to the report, 22 women did not proceed with a termination after initially contacting the service. Of the remaining 155, 94 per cent were fewer than 10 weeks pregnant at the time of their abortion, suggesting women seek early access to care.

The vast majority (92 per cent) were able to self-manage their abortion at home and did not require a hospital visit, the report states.

Meanwhile, about 4.5 per cent of women in the sample experienced complications and required additional care in hospitals. In most of these cases they presented with an incomplete abortion and were referred to hospital for treatment, the report states.

Since the enactment of the 2018 legislation, medical abortion is legal up to 12 weeks. Thereafter an abortion must only be performed in exceptional circumstances where continuing the pregnancy would put the woman’s life or health at serious risk or where the baby is likely to die within 28 days of birth due to a foetal abnormality.

The report highlights the IFPA’s concerns about the impact of the 12-week gestational limit on access to abortion care. Five per cent of women were close to or just over the 12-week limit and two women travelled to Britain to undergo a termination after exceeding this timeframe.

Association medical director Dr Caitriona Henchion said women whose pregnancies are close to the legal cut-off limit of 12 weeks experience “additional stress due to the intense pressure of trying to access care in time”.

“Unfortunately, a small number of our clients in 2019 were unable to access abortion care in Ireland because of this rigid legal cut-off,” she said.

Dr Henchion said the Covid-19 crisis and restrictions on overseas travel is exacerbating this issue.

“Because of the Covid-19 pandemic, some women are now in an impossible situation: excluded by law from accessing care in Ireland and prevented by public health restrictions from availing of this essential service outside the State,” she added.

In his annual overview , association chief executive Niall Behansaid “inequalities in access to care exist, within the law and arising from the uneven distribution of services. Only 50 per cent of relevant hospitals provide abortion care and there is little or no community-level provision of early abortion care in some counties.”