Over-35s warned to get health insurance before increase 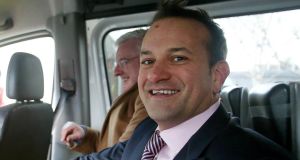 Over-35s who don’t have health insurance are being urged to take out cover now or else face more expensive premiums when new rules come into place from May.

Minister for Health Leo Varadkar has lent his support to the campaign to encourage more people to take out health insurance over the next eight weeks before age-related loadings are introduced.

Mr Varadkar said there was good value to be had by new customers, with annual premiums of under €500 being offered by some insurers. An influx of new customers would also help to stabilise the market and ensure premiums remain stable, he said.

“We’re saying to people in their thirties and forties if you can take out insurance now, this is the best way to ensure prices don’t go up.”

The Health Insurance Authority has begun an awareness campaign designed to encourage people without insurance to sign up before May 1st, when lifetime community rating is being introduced.

This means anyone aged 35 or over taking out health insurance for the first time will have a permanent age-related loading of two per cent per year of age over 34 years. A 54-year-old, for example, would pay a loading of 40 per cent added to the premium each year.

Limited exemptions apply for people who previously had health insurance but cancelled it, or people who come to Ireland after next month.

Mr Varadkar denied people would be priced out of the market, though he admitted some people would not be able to afford the raised premium. People would have to see health insurance as a priority, like house or car insurance.

The policy, which was announced last year, is designed to compensate health insurers for the higher cost of taking on older customers who are more likely to be sick and make claims.

“Leo Varadkar’s job is not to act like a tout for the private health insurance industry, to boost their super-profits, which is what he is doing with this move. His job is to ensure we have a public health system that is available to all that need it.”

Coronavirus: Eleven new cases and no further deaths reported in the Republic