One in five people with asthma unable to work 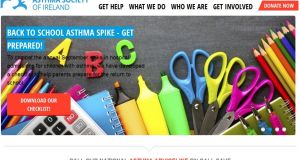 Report finds that Asthma on average results in 12 missed days of work per adult in an average year, and 10 missed days at school for a child.

One in five people with asthma cannot work due to poor health and a majority experience depressive symptoms, according to a new report.

The loss of productivity from the condition amounts to 12 missed days of work per adult in an average year, and 10 missed days at school for a child, the report commissioned by the Asthma Society found.

Over half of those surveyed “felt despair” over their health at some stage, while 14 per cent said they felt this way most or all of the time.

“This study highlights the need to make a vision for a healthy Ireland a reality for people with asthma,” said Sharon Cosgrove, chief executive of the society.

“We need full implementation of the national programme for asthma without further delay.”

Asthma, which affects up to one-fifth of the population to some extent, is the most common chronic respiratory condition in the State. It accounts for up to 6,000 acute hospital admissions a year and 50,000 GP visits. About one person a week dies from asthma.

However, mortality rates are improving and the condition is highly treatable, according to Prof Stephen Lane, an asthma specialist at Tallaght hospital.

According to the survey of over 200 people with asthma, 6 per cent felt depressed most of the time and 61 per cent said depressive symptoms were present.

Sleep was the activity which suffered the most interference and 30 per cent reported feeling discourage most of the time.

Ms Cosgrove expressed delight at the recent Government decision to introduce legislation providing for a nationwide ban on smoky coal.

She was the legislation, designed to improve air quality, was needed “sooner rather than later” along with a reduction in allowable limits for air pollution and more robust monitoring.