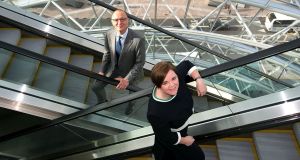 Europe’s high levels of food waste “are an ethical scandal at a time when hundreds of millions of people around the world are going hungry”, according to the head of the EU food safety watchdog.

“Theoretically, 100 million people could potentially have the calories that we throw away,” Dr Bernhard Url of the European Food Safety Authority (EFSA) told a food safety conference in Dublin.

The growing gap between food production and consumption had contributed to the high levels of waste of between 20 and 30 per cent – adding up to 88 million tonnes of food thrown away every year at a cost of €143 billion.

“The food production systems are so complex, spanning global supply chains, that people don’t know where the stuff comes from, who is processing it, what is really in there. So there’s a bit of distrust,” Dr Url said.

The EU introduced a law last year requiring member states to report food waste levels yearly from 2020 and provide incentives for collecting and redistributing unsold food. Globally, a third of the world’s food with a value of nearly $1 trillion is lost or thrown away each year.

Food waste is also environmentally destructive because when dumped in landfill, it rots and produces greenhouse gases, he said at a media briefing.

Part of the reason for food waste was consumer confusion over “best before” and “use by” labels, Dr Url believed. While the former indicates a product’s quality, the latter – applicable to perishable foods such as meats and eggs – is more stringent and indicates hygiene status.

EFSA experts investigated if the shelf life of eggs could be extended to decrease food waste but found increased risks of salmonella poisoning.

“But the ‘best before’ date is one where more awareness has to be built with consumers and say, ‘don’t throw it away. Look at it. Smell it and maybe you can use it’,” he added.