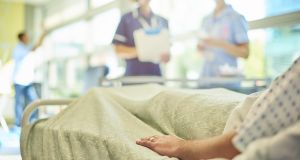 The HSE said that while it was a requirement for an early assessment to identify any risks, it was ‘not always appropriate or possible’ to meet this target. Photograph: iStock

The majority of serious incidents occurring in the health service go unescalated and uninvestigated within the required time-frames, new figures show.

Just 2 per cent of investigations into serious incidents were completed by the Health Service Executive last year within the required four months, according to the figures provided to Fianna Fáil.

Meanwhile, 35 per cent of these serious incidents, which involve harm or death to patients, were notified within 24 hours, as required, to a senior, accountable member of staff.

The failure to meet targets for reporting and investigating incidents inevitably delays the learning process, and may contribute to delays in resolving complaints and litigations, where these occur.

The HSE says some “serious reportable incidents” – such as wrong-site surgery – are considered to be largely preventable and would not occur if preventative measures had been implemented. Others – such as patient falls – are serious incidents that may not have been preventable or predictable but which need to be examined to determine if safety had been compromised or if it could be improved.

According to figures provided to Fianna Fáil health spokesman Stephen Donnelly, 50 per cent of all incidents are entered into the HSE’s electronic database within the required 30 days. In acute hospitals, 55 per cent of incidents are logged on time and the figure in the National Ambulance Service is 61 per cent, but compliance among community healthcare organisations stands at 42 per cent.

Mr Donnelly said the failure of the HSE to meet its own targets “never ceases to astonish but for just 2 per cent of serious incidents requiring review to be completed within 125 calendar days is an extraordinary failure – especially when compared to a target of 80 per cent”.

“Similarly for barely more than a third of serious incidents to be notified within 24 hours of occurrence to the senior accountable officer hardly indicates a deep-rooted commitment to patient safety. The HSE must do better but what seems to have happened is that the bar has been lowered in terms of this target.”

In response to a further query from Mr Donnelly concerning the percentage of mandatory investigations begun within 48 hours, the HSE said it had deemed that while it was a requirement for an early assessment to identify any risks, it was “not always appropriate or possible” to meet this target.