Mother whose son died after medical errors calls for honesty 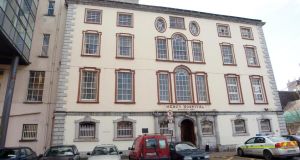 Transparency and accountability are too often sacrificed on the altar of “corporate damage limitation” when mistakes are made by medical practitioners, a conference in Dublin was told at the weekend.

Margaret Murphy, whose son Kevin died at the Mercy Hospital in Cork, in 1999, following a series of medical errors, said the “smart thing to do” in such instances was to acknowledge the mistakes made and to try to learn from them.

Unfortunately, there was a flaw in the Irish medical system that produced anxiety amongst frontline staff about “putting their heads above the parapet” when there was an adverse outcome for a patient, she said.

Ms Murphy, who is the external lead advisor for the World Health Organisation’s Patients for Patient Safety advocacy group, was addressing a weekend conference organised by the Law Society’s Human Rights Committee.

She said people who had suffered like her wanted their “unwanted experience” to be a catalyst for positive change and improvement. But learning opportunities were lost when organisations closed ranks.

A solicitor who spoke from the floor said medical negligence cases were entirely insurance-led and how they were handled was often taken out of the hands of both sides.

Deirdre Madden, Professor of Law at University College Cork (UCC) told the conference that research indicated the complaints made to the Medical Council by members of the public were less likely to lead to investigations than complaints submitted by medical professionals or through solicitors.

She said the language used in a complaint could influence whether it led to an inquiry.

Downgrading complaints because of the language used by the complainants was “a form of injustice”.

Ms Murphy said, in her family’s case, seeing medical practitioners close ranks shattered her confidence that she would find out what had happened to her son without going down the litigation route.

She had seen her son born and had seen him die, and had a right to know everything about the circumstances of his death, she said.

Instead she had to resort to litigation and found herself in a system that favoured the defendants, especially in terms of finance and resources. She found it was a “wearing down” process that pressured you to settle.

In the end, she and her husband won a financial award and a public apology. The apology was delivered by the defendants’ legal representatives.

The couple donated the money to charity.

“To me, it was a real pity that all that energy was devoted to defending a law suit.”

She advised medical practitioners to “listen to families” and to be honest when confronted with adverse outcomes.

“Why do decent human beings so often act in an inhumane way in the wake of adverse medical outcomes?”

She quoted the chairman of the World Alliance for Patient Safety, Sir Liam Donaldson: “To err is human, to cover up is unforgiveable, to refuse to learn is truly inexcusable.”