Mother and son who died in Cork hospital are named

Marie Downey, who had epilepsy, and her newborn baby died in ‘tragic occurrence’ 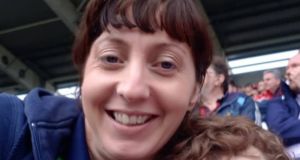 Prayers have been offered at Masses in Kildorrery, Co Cork for Marie Downey and her baby son Darragh who died in tragic circumstances at Cork University Maternity Hospital (CUMH).

The mother of three, who worked at Novartis Pharmaceutical Company,was found dead on the floor of her single room at the hospital on Monday morning.

Her newborn son was found underneath his mother. He died at the hospital on Tuesday evening.

A hospital source confirmed that Ms Downey had epilepsy. One of the lines of inquiry in the hospital’s investigation will look at whether she may have had an epileptic seizure while breastfeeding her baby and fell out of the bed.

A postmortem was carried out on Ms Downey’s remains on Tuesday and a postmortem will be carried out on her baby on Thursday. The results of both will be included in a file that gardaí will prepare for an inquest at Cork City Coroner’s Court.

A hospital source said a full investigation will be carried out by the hospital’s own medical team and management will look any recommendations regarding changes in care and practices that follows from the investigation.

Fr Eamonn Kelleher, parish priest of Kildorrery, said that it was “an awful tragedy” for the parish and in particular for the people of Knockanevin where Ms Downey lived with her husband and their two other sons.

“They are a very close community and take great care of each other and everyone feels the Downey tragedy and they are gathering here every morning to pray for the Downeys and to pray for Marie and the little boy Darragh.

“They are being surrounded by support but at the same time the whole community feels helpless.”

Fr Kelleher said the community would give the family “all the support” they could.

“Her husband Kieran is from Knockanevin. Kieran’s sister works in the local national school and Kieran and Marie’s eldest boy is in that school too. It’s a very close knit community and there is immense respect for the Downeys. I know the people there with great sensitivity will do everything they can,” he said.

“There is terrible sadness that that cross is on the shoulders of Kieran and the Downey family.”

In a statement, Novartis Pharmaceutical in Ringaskiddy, Co Cork said: “Marie Downey was a valued member of our team here at Novartis Ringaskiddy.

“Our thoughts and prayers are with Marie’s family and friends during this very difficult time. Marie will be fondly remembered here at Novartis Ringaskiddy.”

It is believed Ms Downey suffered a medical episode in her room early on Monday morning when breastfeeding the baby and fell from the bed, trapping the baby beneath her.

She had been checked at 7am by nursing staff and all was well with her and her baby but when a medical team came on its rounds at 8am, it found she had fallen from the bed with her infant.

Doctors tried to resuscitate her but she was pronounced dead some time later.

A spokesman for the South South Western Hospital Group confirmed on Wednesday morning that the baby had died on Tuesday evening despite the best efforts of hospital staff to stabilise his condition.

“The mother of the four day old infant died at the hospital on Monday morning - as with all unexplained deaths, a full medical investigation was immediately initiated. This investigation is currently under way at CUMH.”

CUMH described the woman’s death as “ a tragic occurrence”.