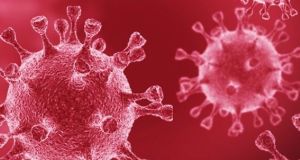 ‘I don’t think there is any cause for scaring people on this right now.’ Photograph: Paul Scott

Viruses mutate – that’s what they do – and a new strain of the coronavirus should not be a cause of concern.

This was the message from Irish scientists after UK health secretary Matt Hancock attributed higher infections in the southeast England to a newly detected variant of coronavirus, which, he claimed, was spreading faster than the existing strain of the virus.

“I don’t think there is any cause for scaring people on this right now,” said virologist Kingston Mills, professor of experimental immunology at Trinity College Dublin. “My advice is not to dramatise this because there is no point panicking people into thinking it is going to kill more people or cause further spread or that the vaccine is not going to work.”

Prof Mills believes Mr Hancock might be incorrectly conflating issues. “I don’t know where he is getting that it spreads more rapidly. To make that statement, you would have to have data showing that the virus is more transmissible,” he said.

The question this latest mutation in England raises – is this strain of the virus more infectious or more lethal, and will it pose a threat to the effectiveness of the new vaccines? So far, the data isn’t there to worry people.

There have already been two significant mutations of the virus: the first appeared after the original Wuhan outbreak, most likely in Italy, and spread around the world, and the second was in Spain during the summer which has been responsible for most infections in Ireland since then.

There are hundreds, possibly thousands, of virus “sequences” in circulation and one being more active or transmitted quickly is down to more people with that variant moving around.

“Finding a lot of people with this strain just means more people have it and it is dominating over something that may already have been in the south of the England. It just means it is the new wave coming through,” said Dr Anne Moore, a lecturer in biochemistry and cell biology at UCC.

Some feel there may be political motivations at play as the UK government sells putting London into the toughest lockdown to a public in order to suppress a surge in virus cases.

“It seems to be a storm in a teacup. There have been a lot of variants and I think Matt Hancock might have been doing a little bit of scaremongering in line with the new lockdown in London,” said Dr Siobhán McClean, associate professor at UCD’s school of biochemistry.

“From a scientific perspective, we don’t know much about it. It doesn’t necessarily mean that it is going to be more virulent. It could even be less virulent and we have had other variants before.”

Dr Moore suspects something similar: “It could be just more Matt Hancock and ‘here’s a thing to be afraid of today and here’s what we are doing about it’ kind of thing.”