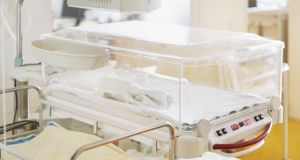 Mechanical ventilation used on children in intensive care is essential in allowing them breathe, but can lead to long-term damage.

An Irish engineer has helped develop breakthrough technology helping to understand the effects of life support machines on children, a move that could one day lead to Star Trek like simulators in clinical treatment.

Mechanical ventilation used on children in intensive care is essential in allowing them breathe, but can lead to long-term damage.

The use and effects of ventilators are also difficult to understand - traditional studies have had to rely on animal testing in which lungs are deliberately damaged to analyse exactly how and why.

An analysis of this database can help them understand the effects of ventilators and their best use - changing their settings can prevent damage being caused to children.

Progress has already been made in adult patients but is behind in paediatric care.

The study was conducted using child patient data collected by Dr Nadir Yehya in the intensive care unit of the Children’s Hospital of Philadelphia in the US.

Professor Bates and other researchers from the Department of Engineering at the University of Warwick in the UK then developed a computer simulator to predict how the different ventilator settings affect the lungs.

The next stage of this research will be to test the simulations in patients in formal prospective trials in order to evaluate clinical benefits.

With a background in aerospace engineering, he believes technologies that predict outcomes have significant advantages.

“You simulate everything first to increase your confidence that this is going to work. From an engineering point of view it’s a standard [APPROACH]but in medicine it’s still a radically new idea,” he said, comparing the approach to Star Trek-like technology.

In the future he would like to see it applied in a similar way to autopilots in planes - where a computer can monitor a ventilator based on a doctor’s programming and adjust its setting accordingly.

This “holy grail” approach to medicine would allow for a higher level of treatment while also reducing doctors’ workloads, something that is normally a contradiction in medical practice.

There is a broad consensus that the number of patients requiring ventilation will increase in the future due to an ageing population and in neonatal care. It is among the most expensive medical treatment.

Dr Yehay said such research collaborations were essential in providing the best care to sick children.

“Computer simulations have been relatively under-utilised in paediatric intensive care, and we are excited about the opportunities to address critical areas of research using these technologies,” he said.