There are now 2,000 calls per day being made to close contacts of those who have contracted Covid-19 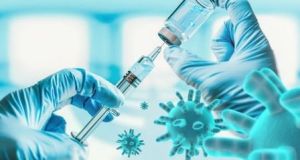 The weekly number of calls made by contact tracers over seven days has more than doubled in the past fortnight from 4,600 per week on September 4th to more than 10,500 as of last Friday. Photograph: Getty Images

The HSE’s contact tracing service is at its busiest since the peak of the outbreak in mid-April, with 2,000 calls per day being made to close contacts of those who have contracted Covid-19.

The executive lead on contact tracing, Kilian McGrane, has said the calls to close contacts have also become more difficult and complex now compared to March and April, with contact tracers facing frustration and anger on the other side of the line.

“People are unhappy to receive the call telling them they are close contacts now compared to when lockdown was in place. They are frustrated and angry to receive it because they have to take two tests (and self-isolate).”

This was a different context now than during lockdown when people were positive about receiving calls. Now the calls were longer and more difficult. “It a case of people wanting to get on with their lives.”

He also said that some on zero hours contracts worried about the loss of income from having to go into quarantine.

The weekly number of calls made by contact tracers over seven days has more than doubled in the past fortnight from around 4,600 per week on September 4th to more than 10,500 as of last Friday.

The average number of contacts for each positive case remains high, at 6.5 per person, despite stricter new rules being introduced and new public messaging on social distancing.

Mr McGrane said the average was boosted by the fact that outbreaks in schools involved pods of six or more. However, he said there were some individuals who were still reporting between 15 and 30 close contacts despite the resurgence of cases.

He said that as many people were now being deployed as contact tracers as had been at the peak in April. He said 270 people were on call, with 130 in operation at any one time.

Mr McGrane said three Defence Forces units had come back to assist, as well as universities.

The HSE, he added, was now building its standing capacity to assemble a team of 500 people on a permanent footing to do testing and tracing.

He said the compliance rate of close contacts with the two tests – the Day Zero Test and the Day Seven Test – had increased. He said more than 80 per cent now did the Day Zero test (as soon as possible after being contacted) compared to 55 per cent during the summer. He said compliance with Day Seven testing had risen from a low of 25 per cent to over twice that.

Mr McGrane added that the turnaround for tests was very speedy now compared to March and April. This accelerated process helps public health services identify, isolate and curb the spread of the virus.

Minister of Higher Education Simon Harris said Ireland would be in a “very bad place” if more than 100,000 tests per week were required.

Speaking on The Week in Politics on RTÉ, Mr Harris said the State was now testing more people than most European countries, with 14,000 tests per day.

“If we need more than 100,000 tests per week we are in a very bad place. We need to reduce the spread of the virus,” said Mr Harris.