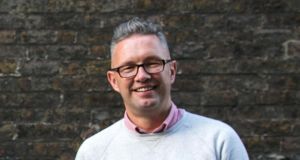 The Health Service Executive’s head of IT is to leave after less than three years in the post.

The HSE said Richard Corbridge’s resignation from the post of chief information officer has nothing to do with the flaw uncovered in its computer systems over the past week.

Thousands of patients may need to have their medical tests redone as a result of the fault, which has been blamed on a software issue in the HSE’s medical imaging system.

Mr Corbridge is returning with his family to the UK for personal reasons, according to health sources.

He came from working in Britain’s national health service to join the HSE in Deccember 2014.

As chief information officer, his role was to implement the eHealth strategy and roll out the widespread use of electronic record-keeping in the Irish health service.

Progress in introducing electronic patient identifiers and other records has been slow and the substantial additional funding sought by the HSE to support a programme of transformation - up to €1 billion - is not yet forthcoming from Government.

The health identifier has recently been introduced and a series of pilot programmes have been undertaken in specific areas of the health service.

HSE director general Tony O’Brien said Mr Corbridge had made a very significant contribution to the reform agenda of the health service.

The process of recruiting a successor will begin in September, ahead of his departure in November.