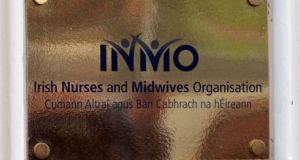 The general secretary of the Irish Nurses and Midwives Organisation (INMO), Phil Ní­ Sheaghdha has questioned the HSE’s recruitment policy saying it is too bureaucratic.

“They need to get rid of all the red tape,” she told RTÉ radio’s Today with Claire Byrne show. Ms Ní­Sheaghdha was commenting on new figures released in response to a parliamentary question by Labour Party leader Alan Kelly, which revealed there are now almost 200 fewer permanent nurses working in the health system than there were before Covid-19.

According to the HSE figures there were 41,572 permanent nursing and midwifery staff working in the health system in December 2019, this had decreased to 41,373 in August 2020.

Ms Ní Sheaghdha said there was “simply no excuse” for not employing permanent staff, but pointed out that the recruitment process was a deterrent. It can take up to eight weeks to get clearance “just to place an advert” for a position.

The figures provided to Mr Kelly show that while the number of permanent nurses fell in 2020, the number of staff on temporary contracts increased. There were 2,289 temporary midwives and nurses in December 2019, this had increased to 4,026 by August of this year.

Ms Ní­Sheaghdha also pointed out that nurses who returned to Ireland in response to the Be On Call initiative were not being employed by the HSE and were instead being contracted to agencies which was not what they had signed up for, she said.

Up to 50 nurses per day were unable to work because they had contacted the virus, this was “way too high” said Ms Ní Sheaghdha and they all needed to be replaced while ill.

There was also “too high” a reliance by the health service on nursing students on clinical placement who were expected to work, but were not getting any payment while also being prohibited from working part time jobs. “They have no income, that’s not right.”