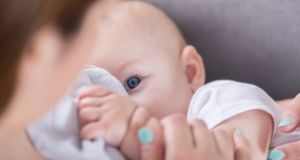 Six months after the HSE’s breastfeeding implementation group drafted a Staff Breastfeeding in the Workplace policy, the document has yet to be implemented. Photograph: iStock

The Health Service Executive (HSE) has been accused of setting an “abysmal example” in its efforts to encourage Irish women to breastfeed because it has failed to implement its own breastfeeding policy for staff.

During world breastfeeding week, which continues until August 7th and aims to “empower parents and enable breastfeeding”, the HSE has tweeted about advice and support available on its website mychild.ie.

But the organisation, which has responsibility for the national breastfeeding policy, has not signed off on its own draft action plan to support breastfeeding employees in the public health sector.

Ireland has the lowest rate of breastfeeding in the EU and the HSE is the largest employer in the Republic, with 102,000 people either directly employed or agency workers.

But six months after the HSE’s breastfeeding implementation group drafted a ‘Staff Breastfeeding in the Workplace policy’ the document has yet to be implemented.

It proposes encouraging employees to breastfeed until their child’s second birthday with “time, space and support”.

In a parliamentary reply in February to Social Democrats TD Róisín Shortall, Dr Kevin Kelleher, the HSE’s assistant national director for public health/child health said the policy had been drafted and “will be approved through established senior management sign off processes and union engagement fora”.

But in a reply to the Dublin North West TD five months later on the reason for the delay, Dr Kelleher said: “The policy was reviewed by the HSE leadership team and will go before the relevant union forum in August”.

Social Democrats spokeswoman on children Cllr Jennifer Whitmore, criticising the response, said August was a very difficult month to get things done because many staff are on leave.

“The fact that the body in charge of the national Breastfeeding Action Plan still hasn’t managed to put in place its own breastfeeding policy for staff sets a really abysmal example,” she said.

The Wicklow councillor said as the biggest employer in the State, the HSE “should be showing leadership” but “this seems to be a classic case of ‘do as I say, not as I do’ on the part of the HSE”.

Chairwoman of the Association for the Improvement of Maternity Services (AIMS) Dr Krysia Lynch said while 52 per cent of women leave maternity units breastfeeding some give it up within less than 24 hours and fewer than 10 per cent of mothers are breastfeeding at three months.

Dr Lynch said in an under-funded and under-staffed health service breastfeeding “is at the very, very bottom of the agenda”. Because of clinical need midwives must ensure babies leave hospital fed so women go home partially breastfeeding and partially with milk formula.

“Lactation consultants don’t work on weekends and many babies are born on Friday night and over the weekend”, so women “fall off a cliff edge” in the post-natal care setting.

In a statement the HSE said it was committed to supporting mothers to continue breastfeeding on return to work.

“The (HSE staff) policy is currently going through the established processes with senior management and union engagement,” the statement said.