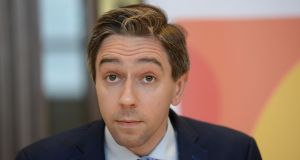 Difficulties recruiting medical specialists have prompted the Government to begin closing the pay gap between new hospital consultants and their longer-serving colleagues, after Minister for Health Simon Harris said it was unfair.

The move follows controversy over health authorities’ inability to secure sufficient numbers of senior staff for the new urgent care centre for children in west Dublin and in hospitals around the country, where about 520 posts are not filled on a permanent basis.

Mr Harris said on Friday for the first time that the current two-tier pay system, under which new-entrant consultants appointed since 2012 receive around €50,000 less than colleagues who have been in the position for longer, was not fair.

“My views on pay parity for consultants is clear. It needs to be rectified. It is unfair and it is having an impact on recruitment and retention of highly skilled doctors,” he told The Irish Times.

Medical organisations maintain introducing pay parity for all consultants would cost about €40 million.

“New-entrant consultants are the next group I want to see progress on. Obviously this will require a process to engage with the IMO [Irish Medical Organisation] and with other bodies also.”

Mr Harris said he expected to be in a position to invite all interested parties to a process in the autumn. “Obviously any resolution has to be affordable and agreed. But I believe engaging on this with serious intent is now crucial.”

Separately, on Friday, hospital consultants represented by the IMO said they would ballot for strike action in September if the Government did not move to tackle pay and recruitment issues.

The new pay process is expected to deal only with salaries for consultants appointed since 2012 and would not address more general contractual issues, such as private practice rights in public hospitals, which will need to be revisited if the Sláintecare health reforms are to be implemented.

Informed sources suggested the Department of Health envisaged such a new process on consultants’ pay would get under way in September. Mr Harris indicated last April at the IMO conference he would like to see such an initiative put in place, but there had been no further developments on the issue until Friday.

The IMO and the Irish Hospital Consultants Association (IHCA) have contended that the lower pay levels have made Ireland an unattractive work location for senior medical personnel.

Earlier this week the opening hours of the new urgent care centre for children at Connolly Hospital in west Dublin – the first element of the new National Children’s Hospital – had to be restricted further because of a shortage of senior doctors.

The IMO said on Friday that Taoiseach Leo Varadkar and Mr Harris were “radicalising” consultants by failing to deliver on commitments they had given previously to tackle the two-tier pay system.

On Wednesday Eilish Hardiman, the chief executive of the hospital group Children’s Health Ireland, which is operating the new urgent care centre, said the current pay policy for consultants was an issue across the health system.