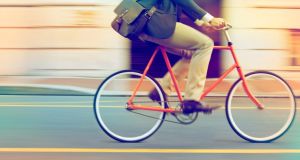 Cycle to Work, which aims to encourage people to use bikes for transport, came into effect for HSE staff in 2010. Photograph: iStock

The HSE has identified problems ensuring staff who have availed of the Government’s Cycle to Work Scheme have made repayments by the time they have left their jobs.

An internal HSE audit set out to analyse the systems in place to process finances around the scheme in the Dublin North East area.

Cycle to Work, which aims to encourage people to use bikes for transport, came into effect for HSE staff in 2010.

Under the scheme employers incur the expense of a new bike and safety equipment without the employee being liable for benefit-in-kind taxation.

The employee pays the sum back through a salary deduction over a period of up to 12 months.

However, in a sample audit of 25 applications in 2019, it found two cases in which outstanding balances had not been deducted from salaries before the employees left their jobs.

“The system in place to ensure that employees repay any outstanding balances owed under the scheme prior to the employee leaving the HSE is not working effectively,” the audit found.

In response the HSE said it would review and strengthen such controls.

The audit also found the system in place to ensure requisite payroll deductions was not working effectively, and highlighted one case in which no money was taken from an employee’s salary.

“In that period the total number of cycle to work scheme applications was 1,061 and the total expenditure was €836,974,” the audit noted.

“The aims of the scheme is to encourage staff to cycle to work for both environmental and health reasons,” it said.