No prosection in case involving €16,000 in wages over 36 shifts, internal audit says 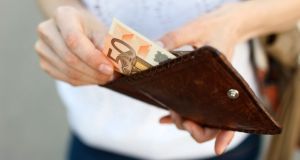 The employee returned a timesheet with payment processed through an agency while at the same time (and sometimes by the same manager) these hours were entered on the HSE payroll system. Photograph: iStock

A healthcare worker who was double-paid thousands of euro by both the HSE and a private agency for the same shifts will not be prosecuted, an internal audit report has said.

The incident involving the unnamed worker was discussed with gardai but it was decided there was insufficient evidence to prove deliberate deception.

A HSE audit of activity uncovered a cross-section of 36 shifts where the employee returned a timesheet with payment processed through an agency “while at the same time (and sometimes by the same manager) these hours were entered on the HSE payroll system and therefore counted as part of her fulfilment of contracted hours for the year in question”.

The value of those 36 shifts paid to the recruitment agency was calculated as €16,304 and the report said it might have been expected the employee would have queried the payments she received.

In total, it found, management erroneously recorded a total of 354 hours worked on behalf of the recruitment agency, as having been worked as part of her permanent role.

While no detail is given that might identify the staff member, she worked in intellectual disability residential services in a HSE area covering the midlands and north east.

The investigation began when a standard audit uncovered four double payments to the worker in 2017 “where hours worked for and paid to the recruitment agency had been put into the HSE payroll system and effectively paid as salary”.

A further review of the situation found several more double payments going as far back as May, 2015.

“Internal audit met with the director of nursing and gardaí in order to discuss management’s concern that a crime may have been perpetrated,” the report said.

“It was agreed by all parties that it was not possible to determine beyond reasonable doubt that there was intent to deceive management and therefore no evidence was available to suggest if a crime had been perpetrated.”

Various recommendations were made in the report regarding the overpayment, including that owed hours and the payment of overtime be recouped.