'How can the HSE put a price on your life?' 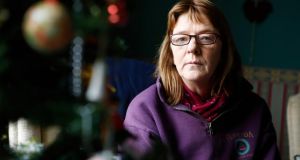 Anne MacMahon from Kilcornan, Co Limerick: she also has PNH but four years on from being treated with Soliris, she enjoys a vastly improved quality of life. Photograph: Don Moloney/Press 22 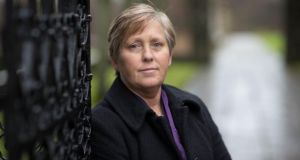 Mary Gorman from Ballinakill, Co Laois: she has a rare and fatal blood disorder, paroxysmal nocturnal haemoglobinuria, and has been refused the drug Soliris by the HSE. Her life expectancy is five years at the most. Photograph: Dylan Vaughan

Mary Gorman and Anne MacMahon, both in their 50s and living in rural Ireland, have the same rare, life-threatening blood disorder. One of these women enjoyed a relaxing Christmas, with the expectation of good health over the festive season and good cause for optimism about spending many more years with her family. The other’s holiday was dominated by crippling side effects, the imminent need for a blood transfusion and the knowledge that she has but years to live.

One woman is being treated with a new drug which reduces the need for transfusions, improves quality of life and reduces the risk of potentially fatal blood clots. The other has been denied access to the drug, which has been described by the HSE as one of the most expensive medicines in the world.

The case highlights the inconsistencies in access for patients to life-saving new treatments, which are barred to some on cost grounds while others are treated with them on trials or pilot schemes. It also highlights the hard choices to be made in a cash-starved health system, where the cost of new therapies is reaching levels never seen before and where drug companies hold all the bargaining cards.

Gorman and MacMahon both suffer from paroxysmal nocturnal haemoglobinuria (PNH), an extremely rare blood disorder which causes the destruction of the blood cells leading to anaemia, fatigue, blood clots and kidney failure. A telltale sign, which gave the condition its name, is red urine in the morning.

A third of patients die within five years. Or used to, until Soliris (eculizumab), a medication which controls the breakdown of red blood cells, came along. The drug is a game-changer and allows patients to live relatively normal lives.

The problem is that Soliris costs €437,000 for each patient each year. The HSE says it would have to divert €3 million-€4 million from other services to cover the cost of the drug for the small number of patients who need it.

Consultant haematologist Melanie Cotter points out there are no other options for PNH patients in what is a “life-and-death” struggle. “If it was my mother or daughter needing the drug, I’d be screaming for it.”

Screaming – or at least kicking up a fuss – is what Gorman and MacMahon have had to do to try to get on the drug. but with very different results.

MacMahon, from Kildimo, Co Limerick, said she fought “long and hard” for two years to get access to the drug. During that time, her condition deteriorated drastically, from needing a transfusion every six months to needing one every 10 days. “I was running out of road, after two years battling the HSE with no quality of life,” she says. “All because the drug was considered too expensive, though no one took account of the cost of the hospital procedures, tests, transfusions and stays.”

Four years on, she enjoys a vastly improved quality of life. The drug is administered to her via drip at home once a fortnight and she has needed only one transfusion in a year. “I’ll never be 100 per cent and I have to mind against infection, but I’m pretty good.”

Gorman, from Co Laois, is deteriorating rapidly. “The symptoms strike more frequently: headaches, severe fatigue, muscle pain, nausea. It really flattens you.” She has received 37 units of blood in the past two years and the period between transfusions is shrinking all the time.

Despite being deemed suitable for Soliris two years ago, she has been unable to get the drug. The HSE says it is in negotiations with the manufacturer, Alexion, to seek a more sustainable price. Ten people are being treated with the drug but the HSE says this was to allow Alexion to develop additional evidence to enable it to make a long-term decision on funding the drug.

Alexion declined to comment, saying it was in “active, ongoing” negotiations with the Government. The list price for Soliris in Ireland is currently 13 per cent higher than in the UK.

Gorman applied under the treatment abroad scheme but was refused. An appeal has been pending since September. “All of this is so avoidable. I am only seeking to be treated the same as other citizens in the State,” she says.

Her fellow PNH sufferer is supportive. “It’s very unfair. How can the HSE put a price on your life? They’re not God,” says MacMahon.