Govt ‘to seek extra productivity in return for pay rises’ 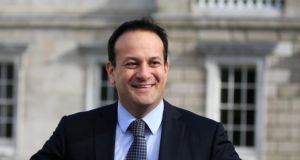 Minister for Health Leo Varadkar has signalled that the Government will seek additional productivity measures from staff in the public service in return for pay restoration in forthcoming talks with trade unions.

He also said that as a member of Cabinet he would find it very hard to support a pay deal that came at the expense of public services.

Talks on unwinding financial emergency legislation which underpinned cuts to pay for public service staff and fees for contractors such as GPs, dentists and pharmacists over recent years are expected to get underway between the Government and trade unions next month.

However Mr Varadkar indicated that in reversing the cuts imposed under financial emergency legislation there should be no return to the way things were done before.

He said in the health sector he wanted to retain some of the productivity measures and reforms achieved under the Croke Park and Haddington Road agreements and build on these.

He said that would be a good thing for patients and tax-payers.

Asked later by reporters whether he would want to see additional productivity measures agreed in return for pay restoration in the forthcoming talks, the Minister indicated that he would.

He said he would like to see better use made of the country’s hospitals.

“We have a lot of equipment that does not get used at weekends, a lot of things do not happen at night.”

“ In any round of talks on pay you talk about a few things. You talk about pay but you also talk about terms and conditions and productivity. So I think they all have to be in the mix.”

He said any any request for a reversal of pay cuts “must be viewed from a cross-Government perspective”.

“ For example, in health this year we have allocated € 30 million to pay for new oral medicines which cure Hepatitis C. We are expanding acute medical assessment units, providing funding for bilateral cochlear implants, and hiring more physiotherapists and occupational therapists in the community. That’s money that in years gone by might have gone into pay increases rather than services.”

“We cannot afford to repeat past mistakes.”

However he said regular pay rises were part of a normal economy.

“That’s why the Government wants to formulate a sustainable policy on public sector pay, which can play its part on the economic recovery over the next few years. And that’s why we need to draft an agreement that delivers for health sector staff, for patients, and for employers, as well as for the expanding economy.”

“While we struggle to get applicants for some posts there are hundreds of applicants for others. This is even true within the health service. We operate in an international English-speaking labour market and we need to take account of that. I also know that parity between new entrants and pre-crisis employees will also be an issue in the talks.”

1 Leaving Cert: 6,500 students awarded lower grade due to code errors
2 US presidential debate: who won, was it any good, were there any surprises?
3 CPE superbug being detected at record levels, says HSE
4 Dublin needs ‘significant improvement’ in Covid case numbers, Oireachtas committee hears
5 Joe Biden is dodging the culture war to focus on class – and he’s right
Real news has value SUBSCRIBE