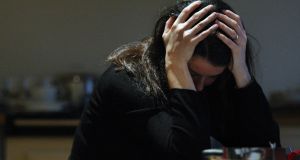 Suggesting the girl may have been ‘overwhelmed’ by the number of State agencies involved, the report says the identification of one key agency to provide a trusting working relationship ‘may have provided an anchoring for both the family and the services involved’. File photograph: David Cheskin/PA Wire

A 15-year-old girl with complex needs had been waiting three months to be seen by mental health professionals at the time she died by suicide, according to a report into her death.

The girl had been referred twice to hospital for emergency psychiatric assessment and was eventually placed on a waiting list for Child and Adolescent Mental Health Services (CAMHS). However, she had not received an appointment when she died, the report says.

When she attended for psychiatric assessment she was found to be having paranoid thoughts but had no active suicidal ideation or intent to self-harm.

The report by the National Review Panel says it is outside the remit of Tusla, the child and family agency, to address the existing gaps in mental health services for young people.

It says these gaps should be drawn to the attention of the Department of Health and the HSE to reinforce the need for services for young people “whose clinical diagnosis does not fit within eligibility guidelines operated by CAMHS”.

The lack of any residential addiction services for girls should also be brought to the attention of the HSE, according to the panel, which investigates the deaths of children known to care services.

The girl, given the name Niamh in the report, came to the attention of services at the age of 14, when she was found under the influence of drugs and alcohol. She left school without permission and was arrested for assault and, later, for drunken behaviour and fighting.

Though she stopped drinking alcohol for a while, further concerns about drug use arose and she was referred to CAMHS. She was not considered eligible for the service, but was later referred after expressing suicidal thoughts. She was put on a waiting list but was still on it when she died three months later.

The report says Niamh received a “consistent, responsive and child-centred service” from social workers. “This case is poignant in its depiction of a young person clearly in distress and seeking help regarding her mental health.”

It says the lack of a suitable school placement on her wellbeing, particularly in the final months, “cannot be underestimated”.

Suggesting she may have been “overwhelmed” by the number of State agencies involved, it says the identification of one key agency to provide a trusting working relationship “may have provided an anchoring for both the family and the services involved”.

A separate report deals with the death of a 10-month-old Traveller girl, “Kim”, from sudden infant death syndrome.

Her parents had an “intermittent” relationship, her mother had an intellectual disability and her father was not involved in her care from the time she was six months old. It was agreed by services she would be mainly cared for by extended family.

While she was developing well, according to the report, the family “had to return to a cramped camper-van”. The housing department told social workers the family had been accommodated previously on a number of occasions but had left.

Social workers said she continued to do well but she died at 10 months.

The report says the challenges faced by Kim’s mother were identified early and there was a strong focus on Kim’s needs. The family led a “transient lifestyle” which resulted in her being referred to four different hospitals and communication issues between services.