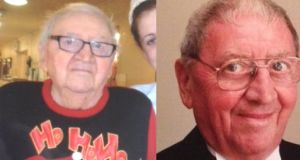 Undated photographs of Gerry Feeney, supplied by his family 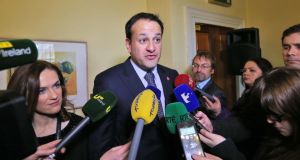 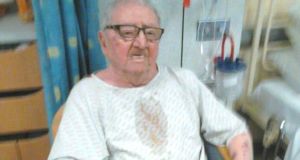 Minister for Health Leo Varadkar has described as “very distressing” the case of Gerry Feeney, whose family says he was left “in a soiled state in public view” while a patient at Beaumont Hospital.

Mr Varadkar said he has contacted hospital chairwoman Ann Fitzgerald about the case and he understood an inquiry was under way into the treatment of the 81-year-old, who died in a nursing home a month ago, some weeks after his hospital stay.

While stressing he was unable to comment on individual cases, the Minister said we was always very disappointed to hear that people hadn’t got the standard of medical or nursing care they deserve. “What I’ve heard is very upsetting,” he said.

Mr Varadkar was speaking before opening the new emergency department at the Mater Private Hospital in Dublin’s north inner city.

The department, located a stone’s throw from the public emergency department in the Mater Hospital, will operate from 9am to 6pm Monday to Friday for patients aged over 16. It offers access to treatment by consultant-led teams and an admission pathway, if required, to the Mater Hospital.

The services promises to triage patients within 15 minutes and treatment them within 2½ hours. The cost of attendance is €120 and additional charges are capped at €500 in any one visit.

Mr Varadkar fees were similar to those in public emergency departments and patients with health insurance and who needed emergency admission would not have to go through another public hospital first.

It costs €100 to attend a public emergency departments but this fee is not imposed where a GP referral letter is presented.

Mr Varadkar said “in time” everyone would have health insurance and would be able to access all health facilities. But before insurance was made universal it had to be made affordable.

The big health reform “in the next five or 10 years” is ensuring everyone has insurance.