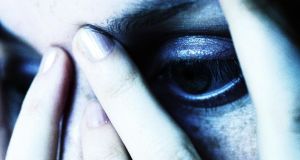 “When a family member applies to have another family member involuntarily detained, it can have a lasting and sometimes negative impact on the family relationship,”says Rosemary Smyth of the Mental Health Commission.

Mentally ill people are being involuntarily detained on foot of applications by family members instead of HSE personnel far too often, Ireland’s mental health watchdog has warned.

Under the Mental Health Act 2001, three categories of people can apply to have a mentally ill person detained against their will for treatment: a family member, a garda or an “authorised officer” (usually a healthcare professional or a Health Service Executive manager). This application is then reviewed by a doctor.

The authorised/designated officer category was introduced as it was thought it is better for a patient’s personal relationships if a third party is responsible for their detention rather than a family member or partner.

The authorised officer would also be able to take difficult decisions out of the hands of family members and apply for involuntary detention when, in their opinion, all other community-based treatment options have been exhausted.

“When a family member applies to have another family member involuntarily detained, it can have a lasting and sometimes negative impact on the family relationship and we are concerned about how it can impact a family and of course loved ones,” interim chief executive of the Mental Health Commission Rosemary Smyth told The Irish Times.

She said the commission was “disappointed that the highest numbers of applications continue to be made by family members”.

She added that if more applications were from authorised officers, it would reduce “the potential of negative impacts on the family unit”.

Prof David Meagher, a psychologist who regularly works with the commission, said the numbers are of serious concern.

“The use of a designated officer can add an important element of separation for families from the legal aspect of the process but is uncommonly used at present as family members still initiate the bulk of involuntary admissions.

“This is a serious concern because it is not unusual for patients who have been through an involuntary admission to feel aggrieved with those who contributed to the form filling.”

He said the harm done to familial relationships can last for a long time as patients may not remember how difficult it was for their family members to apply for involuntary detention.

Prof Meagher said in some cases an authorised officer cannot be found in time but this could be addressed by better resourcing of the system.

“My sense is that the majority of families are not aware that this is a mechanism that can allow them to stay [relatively] out of the messier side of things,” he said.

In 2014, a report from the Expert Group Review on the Mental Health Act recommended an expanded and more active designated officer system.

It said an expanded system would mean authorised officers could act as a resource for patients and their families “at a time when all involved may be vulnerable and in need of positive support from a dedicated and informed mental health specialist”.

Expansion of the system would also reduce the need for gardaí to become involved in involuntary admissions.

Ms Smyth called for the group’s recommendations to be implemented to help take some of the burden off the families of those with severe mental illness.