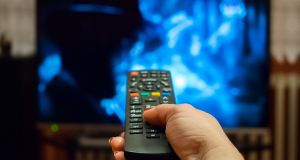 Watching more than three-and-a-half hours of TV per day has been associated with a decline in memory of words and language.

Watching a lot of television in later life can damage memory of words and language, a new study has found.

The research, conducted at University College London (UCL) and published in the Scientific Reports journal, examined the effects of television viewing among 3,662 adults aged 50 and over.

It found that watching more than three-and-a-half hours per day was associated with a decline in memory of words and language over the following six years.

While there has been much research over the last decade in the effects of television consumption, the majority of it has focused on children as opposed to those in later life.

Participants from the English Longitudinal Study of Ageing (ELSA) were asked in 2008 and 2009, and again in 2014 and 2015, their daily viewing times. They simultaneously took part in a number of verbal memory and fluency tests.

The researchers found those who tuned in for more than three-and-a-half hours experienced on average an 8 to 10 per cent decrease in verbal memory. Those who watched for less time, however, experienced an average decrease of about 4 to 5 per cent.

“Whilst watching television may also have benefits such as educational benefits from watching documentaries and relaxation benefits as a way of reducing stress, overall this suggests that adults over the age of 50 should try and ensure television viewing is balanced with other contrasting activities,” said Dr Daisy Fancourt at UCL.

Cognitive decline is not the same thing as dementia, they pointed out.

However, the findings have led to other research questions such as whether different types of television content have different effects on cognitive decline.

“Given the associations with cognitive decline shown here, is television viewing specifically a risk factor for the onset of dementia?” said Dr Fancourt.