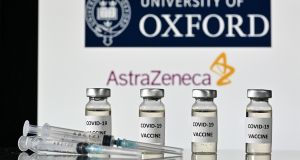 In the rush to develop the AstraZeneca vaccine, there is insufficient clinical data on its efficacy among those aged 55 and older. This may come in time but it isn’t there now, at least not at a level to satisfy the Irish (and German) authorities. Photograph: Getty images

Ireland’s decision to favour the Pfizer/BioNTech and Moderna vaccines over AstraZeneca’s for over-70s, while leaving it open to people of all ages to avail of any of the three, represents a middle way among the options available.

While the European Medicines Agency (EMA) last week authorised the easier-to-handle and cheaper AstraZeneca vaccine, German, Austria, Sweden, Poland and Belgium have opted not to approve this product for their over-65s. Yesterday, Switzerland decided not to authorise it for any age-group, due to insufficient data on its efficacy.

The decision by the National Immunisation Advisory Committee (Niac), approved by the Department of Health, will force considerable reorganisation in Ireland’s vaccination rollout, but nothing that is insuperable.

The AstraZeneca vaccine was touted – foolishly, with the benefit of hindsight – as a “game-changer” for the rollout, because it can be stored by a GP or pharmacist in a normal fridge and administered locally, close to where people live.

In contrast, the two mRNA vaccines (Pfizer/BioNTech and Moderna) are harder to handle because they require cold storage in transportation.

The issues around AstraZeneca’s treatment relate to effectiveness, not safety. The EMA accepted its efficacy as 60 per cent, based on the studies presented, lower than for the two other authorised vaccines.

In the rush to develop the vaccine, there is insufficient clinical data on its efficacy among those aged 55 and older, as Niac noted. This may come in time, as more people are administered the vaccine in the real world, but it isn’t there now, at least not at a level to satisfy the Irish (and German) authorities.

Niac, after some days of deliberation, has taken the common-sense approach that says “the best vaccine anyone can receive at this time is the vaccine that can be soonest administered”.

Its decision, though, places the health service in something of a quandary. What should it do with the first AstraZeneca vaccines arriving from next week? Give them to the over-70s, the next priority group, or divert them to other categories further down the Government’s sequencing list?

And, if it does decide to use the two other vaccines on the over-70s, how can this be managed, given the storage and transportation difficulties involved.

One option would be to let older people choose, possibly between receiving an earlier dose of AstraZeneca or a later one of one of the other two vaccines.

The more likely option is to “turn the ship around” and find a way of vaccinating as many high-risk older people, as quickly as possible, with the Pfizer/BioNTech or Moderna products.

These are more suited to distribution at large vaccination sites, where high volumes can be dealt with daily.

But Israel has shown how to lead the way by employing creative technical responses to the demanding cold storage requirements of the Pfizer vaccine.

The company had specified that vials, when removed from ultra low-temperature freezers, should be transported only in large trays, enough for 1,000 doses. However, Israeli experts realised this limited their ability to reach nursing homes and other small centres, so they repacked their stocks into pizza-box size consignments.

At the same time, AstraZeneca stocks could be stretched to administer a first dose to the maximum number of under-65s, because Niac has approved an interval of up to 12 weeks before a second dose is given to this group. The recommended interval for over-65s is four to six weeks.

There are still plenty of health workers who need to be vaccinated, so the initially limited stocks of AstraZeneca to arrive here will not want for usage.

Despite the turbulence around vaccine supplies in the EU over the past fortnight, there is growing clarity around what Ireland and other member states can expect to receive in the coming months.

While the lack of figures about the numbers of people vaccinated with each vaccine, in each priority category, in each part of the country, is alarming, Ireland has started better than most of the EU in rolling out vaccines.

Now that the rules of engagement have been clarified by Niac, it behoves the Government, the department and the vaccine rollout taskforce to quickly set out their detailed schedules for the rollout over the coming period.