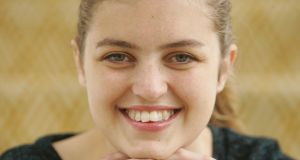 Cystic fibrosis patients have expressed disappointment after a “game-changing” drug was rejected on cost effectiveness grounds.

Orkambi, which greatly improves quality of life for CF patients, would cost the health service €392 million over five years, according to the negative assessment by the National Centre for Pharmacoeconomics (NCPE).

Cystic Fibrosis Ireland said patients were dismayed by the recommendation against reimbursing the cost of the drug.

“So disappointing,” commented CF campaigner Orla Tinsley, who said CF patients had to endure “two agonising years of waiting” since the first trial results showed how effective the drug is.

The NCPE recommended Orkambi should not be funded “at the submitted price” of €160,000 per patient a year though it recognised the health benefits provided by the drug.

It called on the Government to clarify if it will enter into further negotiations and called on Vertex to significantly reduce the price of Orkambi as part of these negotiations.

“We support a fairer deal for this drug but it will be a travesty if this drug is not provided to our patients or if there is a significant delay in providing this drug,” said CF Ireland chief executive Philip Watt.

Meanwhile, the HSE is expected to make a blockbuster new cancer drug available free to patients with melanoma. Pembrolizumab should be included in the State drugs scheme for the treatment of melanoma, the HSE drugs group has recommended.The decision comes three months after the drug was approved on cost effectiveness grounds by the NCPE. Oncologists had warned patients would die as a result of the delay in making the decision.

Pembrolizumab, which costs almost €70,000 per patient a year, will be made available to about 130 patients, according to its manufacturer, MSD. The group made no decision on a second cancer drug, nivolumab, used for the treatment of melanoma and lung cancer. This drug has not been recommended for reimbursement under the State drugs schemes on cost grounds.

The makers of nivolumab are to make it available on a compassionate basis to Irish patients for another month.

Pharmaceutical giant Bristol-Myers Squibb made the announcement in response to an appeal by Mr Harris for the drug to be made available free to cancer patients while the Government mulls a decision on approving it.

Nivolumab will be made available through the company’s compassionate access programme for patients with advanced lung cancer for 30 days, BMS told The Irish Times. This will allow people with lung cancer who have limited options the opportunity to benefit from the potentially life-extending medicine, it said.