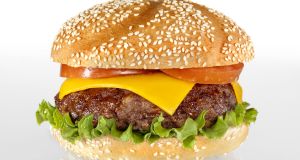 Cardiologists cite evidence showing no association between consumption of saturated fat and heightened risk of cardiovascular disease, diabetes and death.

Cheese, pizza and burgers - they’re all high in saturated fats but may not be as bad for you as you thought.

In fact, the widely held belief among medical professionals and the public that such foods can clog up the arteries and bring on heart disease has been dismissed as “plain wrong” in an article published in the British Journal of Sports Medicine (BJSM).

Instead, experts are now insisting the emphasis should shift toward exercise, eating “real food” and cutting back on stressful lifestyles.

“It is time to shift the public health message in the prevention and treatment of coronary artery disease away from measuring serum lipids and reducing dietary saturated fat,” an editorial in the journal says.

However the editorial has attracted scathing criticism for being “simplistic”, “muddled” and “misleading”. Cardiologists Dr Aseem Malhotra, Professor Rita Redberg and Pascal Meier cite evidence reviews showing no association between consumption of saturated fat and heightened risk of cardiovascular disease, diabetes and death.

“Coronary artery disease is a chronic inflammatory disease and it can be reduced effectively by walking 22 minutes a day and eating real food,” they write.

“[BUT] there is no business model or market to help spread this simple yet powerful intervention.”

The authors argue decades of emphasis on the primacy of lowering plasma cholesterol and driving a market of “proven to lower cholesterol” and “low fat” foods and medications, “has been misguided”. Selective reporting of the data may account for such misconceptions, they suggest.

Instead, a key aspect of heart disease prevention is exercise. Just 30 minutes of “moderate activity” a day, three or more times a week works wonders for reducing biological risk factors for sedentary adults.

The authors also say the impact of chronic stress should not be overlooked because it puts the body’s inflammatory response on permanent high alert.

All in all, they argue, a healthy diet, regular exercise, and stress reduction will not only boost quality of life but curb the risk of death from cardiovascular disease and all other causes.

Janis Morrissey, head of health promotion of the Irish Heart Foundation, said the selective nature of the report was “misrepresenting evidence and decades of valid research”. Ms Morrissey said she felt the report was “selective and simplistic”.

The work will more than likely just confuse people about the role that saturated fats do play in health and heart problems, rather than contribute positively, she said. Complex issues like heart disease she stated, “are not down to any one nutrient you eat. It’s about the overall pattern of poor of good lifestyles” she outlined.

Leading the the critics was Prof Alun Hughes, associate director of the Medical Research Council Unit for Lifelong Health and Ageing at University College London.

He said: “This editorial is muddled and adds to confusion on a contentious topic. The authors present no really new evidence, misrepresent some existing evidence, and fail to adequately acknowledge the limitations in the evidence that they use to support their point of view.”

He added: “Decades of research have proved that a diet rich in saturated fat increases ‘bad’ LDL cholesterol in your blood, which puts you at greater risk of a heart attack or stroke.”

His view was echoed by cardiologist Dr Gavin Sandercock, director of research at the University of Essex, who said: “This editorial is not founded on good evidence. There is no such thing as ‘real food’ — the authors don’t define what it is so it’s meaningless.”

However, the authors found an ally in Dr Mary Hannon-Fletcher, head of the school of health sciences at the University of Ulster, who described the editorial as “the best dietary and exercise advice I have read in recent years”.

She added: “Walking 22 minutes a day and eating real food.

This is an excellent public health message; the modern idea of a healthy diet where we eat low-fat and low-calorie foods is simply not a healthy option.”

Research work into the developing how to better monitor the cardiovascular health of patients with clogged arteries is underway at NUI Galway .

Before Christmas the NUIG announced a €5 million research project that will look at how wearable sensors can help monitor people at risk of cardiovascular disease or heart attacks. The project, which is funded by the Science Foundation Ireland, will be lead by an international cardiology expert professor William Wijns.

Prof Wijns, originally from Belgium, is moving to the Galway University to help develop the ‘interventional’ treatments for heart disease problems. His research will monitor the triggers of heart attacks in patients, including stress, high blood pressure, strenuous exercise, and sleep disorders. The dean of the NUIG college of medicine professor Tim O’Brien said the exciting research will hopefully result in “new medical devices, which will benefit patients globally”