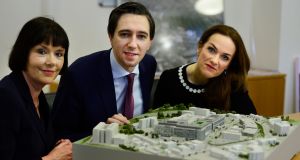 The sudden breakdown in the painstakingly assembled agreement between St Vincent’s hospital and the National Maternity Hospital (NMH) took all parties to the process – the two hospitals, the Department of Health and the Health Service Executive – by surprise.

The revelation that the Sisters of Charity would have ultimate ownership of the new maternity hospital, even though it was funded by the State, did not actually come as a revelation to most people in the health sector. Because this is how much of the health sector is organised – the State pays, the doctors and management run the services and, somewhere in the background, is the ultimate ownership, often by religious orders. So many senior figures spent much of last week wondering what all the fuss was about.

“We pay €200 million a year to St Vincent’s to run the hospital,” one perplexed senior figure observed. “Nobody is worried that the nuns have any influence over that.”

But what they failed to realise was that the context had changed, and in politics, context is everything. The context on church-State relations in Ireland is clearly changed. But in the light of recent revelations about religious management of mother-and-baby homes, with vocal groups of survivors keen to have their say, with debate raging about Ireland’s abortion laws, allowing the Sisters of Charity to own a new maternity hospital was a political landmine just waiting to explode. Someone was going to walk on it sooner or later.

Complicating the picture is the prickly independence of St Vincent’s. The hospital has been engaged in an on-off war with the HSE in recent years over its remuneration of top executives – which the HSE says has breached their rules.

The conflict has led to more or less permanent suspicion of the hospital on the part of the HSE, and the determination to guard its independence. The HSE thinks that Vincent’s top brass bent the rules to pay themselves big salaries; St Vincent’s believe that they run the best hospital in the country and get nothing but interference and obstruction from the HSE. It would be hard, say informed sources, to overestimate the ill-feeling between the HSE and St Vincent’s.

The truth is that the hospital was extremely reluctant to accept the transfer of the NMH in the first place, and accepted only after significant political pressure was applied.

The complications over governance and the determination of the NMH to be part of the campus but independent from the main hospital required a lengthy process of mediation from Kieran Mulvey, the former industrial relations fixer who specialises in finding agreement where none seems possible.

Crucially, the deal preserved the independence of the NMH, and the mastership system that is integral to its identity. The hospital would ultimately be owned by the St Vincent’s Healthcare Group – in turn owned by the Sisters of Charity – but that was not a huge consideration for either the maternity hospital’s leadership or for the Government. Nobody thought that much about it. Until last week.

Once that aspect of the deal was held up to the light, it posed the obvious question: why exactly did the nuns want to own a maternity hospital anyway?

With the story gaining traction and amplification in a slow news week after Easter, Minister for Health Simon Harris insisted there was no threat of Catholic interference in the hospital – a promise designed to assuage public fears but which instead provoked St Vincent’s – already mightily ticked off by being portrayed as some sort of Catholic ginger group – to announce a review of its participation in the project.

Despite the criticism over recent days from leading obstetrician – and former NMH master – Peter Boylan, senior health sources believed last night that the row would be defused. Extensive behind-the-scenes contacts have been taking place between the two hospitals, and the request for Boylan to resign from the vice-chairman of Holles Street from Nicholas Kearns and the master Rhona Mahony (Boylan’s sister-in-law, to complicate matters) was largely designed to placate St Vincent’s anger.

It may have worked – last night a statement from St Vincent’s confirmed that all healthcare that is legally permissible will be carried out. That’s code for abortion, sources say.

Harris will invite the two hospitals for further discussions, and hopes to come to an agreement by the end of May.

But it may not be as easy as that. Harris has told colleagues he believes the ownership status needs to change in response to public concerns, and he will brief the Cabinet to that effect today. There is no guarantee St Vincent’s will agree to that.