Covid-19: Reopening Ireland is clouded in doubt in the absence of hard facts 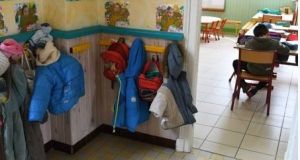 In the North it has been estimated that opening schools would add 0.2 to the reproduction number, but no such calculations have been done in the Republic. Photograph: Getty Images

Eight months into the pandemic and we still know worryingly little about where cases occur most frequently and where risk is highest.

With over one-quarter of positive tests among people showing no symptoms, this is no easy task, yet the lack of Irish data is particularly concerning.

Much of what we learn arises when a public health official sounds off about a particular area of concern linked to recent outbreaks – most recently funerals or street-drinking.

The media may respond by pointing out that there is no data on the number of outbreaks around, say, burials or outdoor drinking. Or that the official figures show low numbers of cases in particular settings – for example, the HSE says there was just one outbreak apiece last week around shops, sporting activities and religious ceremonies.

To which the officials will reply that they cannot be expected to drill more deeply into the data in the middle of a pandemic, or that there is simply more to it than meets the eye.

This is true to an extent. Official figures tell us just 1,000 out of our 69,000 cases originated overseas, and that may well be true. But those cases – from the earliest days of the pandemic on – seeded further outbreaks here, and these cases were categorised differently.

The data tells us 75 per cent of all outbreaks are in private homes, yet officials reason that the people in those houses must first have picked up the virus somewhere else.

“We’ve been very poor at learning which specific measures are most effective,” says immunologist Prof Paul Moynagh of Maynooth University. “It’s difficult to get data that, say, retail is a problem. So we end up with a blanket approach to restrictions, which is so costly.”

Given the stakes at play with our yo-yo restrictions, our ignorance of the impact of different activities makes for a frustrating situation.

In the North it has been estimated that opening schools would add 0.2 to the reproduction number but no such calculations have been done here.

While the finding that indoor, high-occupancy and poorly ventilated spaces present an increased risk of transmitting the virus is pretty self-evident by now, the focus in the review on super-spreader events is interesting.

A small number of these events, occurring in the most conducive conditions for the spread of infection, can give rise to a disproportionately large number of infections.

Japan has had a successful run fighting the virus by focusing on “super-spreader” events, retrospectively tracing contacts as quickly as possible.

Here in Ireland, as Hiqa notes, information on these events is currently lacking, as is an understanding of where infections get into households.

“Better Irish data on the source of infection and risk of transmission associated with different settings and activities would support public health education and awareness campaigns and further aid policy decisions,” the review states.

In the US the Texas Medical Association has ranked activities by risk level, from opening the post (low) to going to the beach (moderate) to attending a large music concert (high).

Other highest risk activities include going to a sports stadium, attending a large religious service and going to a bar.

In truth, this doesn’t help much as so many other factors can influence outcomes. Was social distancing observed? Were people masked? Did they hand-sanitise?

On an individual level, our perception of personal risk is likely to influence our behaviour, and no amount of data will alter this.

Hiqa says Irish data on settings and activities associated with increased risk of virus transmission is needed, and consideration should be given to retrospective contact tracing and case-control studies.

The National Public Health Emergency Team (Nphet) says it is examining “a number of key considerations that will support the potential easing of restrictions in the coming weeks”.

In the absence of hard information on relative risk, though, the debate about reopening the country is doomed to continue in a fog of uncertainty.