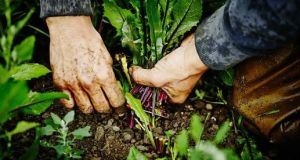 Five clusters or outbreaks of Covid-19 have been identified among Irish fruit and vegetable producers who have been battling to secure sufficient labour for the ongoing 2020 harvest.

In a statement, the Department of Health confirmed the outbreaks “among workers in the fruit and vegetable producer operations” based on data contained on the national infectious disease surveillance system (Computerised Infectious Disease Reporting, or CIDR).

The size of the outbreaks, their location and how many people have been infected is not known, although clusters are generally defined as being two or more people in one place.

Last April, Keelings strawberry farm in north Co Dublin provoked controversy after chartering a flight to bring in Bulgarian pickers, just as the country was facing into a period of severe pandemic restrictions.

There is no suggestion of any infections at its operations (the company did not comment when contacted), but that early rush of public concern around the arrival of people from abroad placed a great deal of pressure on agricultural producers entirely reliant on migrant labour.

Since then it is understood other producers have continued to hire workers who travelled to Ireland on commercial flights, while the employment of local students and reliance on a government scheme to source workers also helped to plug the gap.

A well-placed agricultural source, speaking on condition of anonymity, said producers had continued to source foreign labour, but had complied with public health guidelines. Those arriving have registered their place of residence with medical authorities and have self-isolated for two weeks upon arrival, the source said.

“It would be completely shooting yourself in the foot if you got an outbreak and had to shut down [because of a failure to follow the guidelines].” The identified clusters have not been linked to migrant workers.

To date, the fruit and vegetable harvest has just about functioned as normal through a combination of labour sources.

“While this has helped with getting produce harvested, it has led to increased costs due to loss of efficiencies, as these workers lack experience,” it said. The expertise of migrant workers has been well documented.

“As a result, labour costs and other extra costs associated with Covid-19 have increased production costs by at least 15 per cent on farms this season.”

Faced with labour shortages and the resultant pressure on the harvesting of crops, the Government established a programme to match producers with people living in Ireland in need of work but who would not ordinarily look to farms.

Run through Teagasc, the agriculture and food development authority, and with the support of the IFA, the national Help2Harvest recruitment campaign set about targeting “a large number of temporary workers for the horticulture sector from the Live Register within Ireland”.

Data released to The Irish Times by the Department of Social Protection up to the beginning of July showed 952 people had expressed an interest in working on farms.

Since it began, 42 employers – mainly producers in the fruit and mushrooms sector – took part, primarily based on the east coast. The data showed 16 employers remained “actively recruiting” with an estimated 246 vacancies.

However, despite the prompt response to a potentially catastrophic labour shortage, problems have remained.

The Department said it was “aware that many locations are quite inaccessible to public transport, and while some jobseekers were interested, they didn’t have their own transport to get to some of the locations”.

The next phase of the scheme will focus on the vegetable sector and will continue into September.