One in 17 Belmullet residents tests positive in past fortnight, figures show 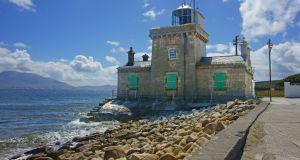 Belmullet, Co Mayo continues to have the highest rate of Covid-19 in the State, more than three times the national average, new figures show.

Dundalk south, Co Louth, has the second highest rate of the virus at 3,782. There were 1,227 new cases among the local area population of 32,436. Health services in the area have reported severe pressure dealing with case numbers in recent days.

The latest data from the Health Protection Surveillance Centre (HPSC), published on Thursday, examines the 14-day incidence rate of Covid-19 up to January 11th in each of the State’s 166 electoral areas. The data is published on the Government’s Covid-19 Data Hub every Thursday night. Here, we put the figures in a searchable table so you can check your area and compare it to other local electoral areas in the Republic. If you are reading this on The Irish Times app, go here to search.

Adare-Rathkeale local electoral area in Limerick has the third highest rate at 3,118 per 100,000 people.

Tramore in Co Waterford has the fourth highest rate of the virus spreading, with an incidence of 3,106, followed by the Ballybay-Clones local area in Co Monaghan, which had a rate of 3,054.

The national incidence rate of the virus is currently 1,410 per 100,000 people. The data on the rate at which the virus is spreading in local areas is published on the Government’s Covid-19 Data Hub each week.Areas near the Border continued to have a higher rate of Covid-19, with five of the 10 highest areas located in these counties, with three in Co Monaghan.

In Dublin, the three areas with the highest rates were in the south of the county. Tallaght central had the highest rate of the virus in Dublin, with 967 cases in a population of 43,215, giving an incidence rate of 2,237., Rathfarnham-Templeogue had the second highest rate in Dublin at 2,087. Firhouse local area had an incidence of 1,970, with 674 cases in the last 14 days in a population of 34,202. The Dublin area with the lowest rate was Balbriggan in Fingal at 864 per 100,000.